Let's see the most famous Poles. I am sure you even didn't realize they are all Polish. A lot of people still believe that Frederick Chopin is French, but this is wrong. Maybe his body is in France, but his heart is in Warsaw for a reason.

I am living in Poland since 2014, but before I met my wife, Poland was a completely unknown country for me. Slowly, I am learning the history of Poland, and I am a bit surprised about the famous Polish people below.

Everyone knows the famous mathematician and astronomer Copernicus.  Did you know that he was Polish? and born in Toruń, one of the most beautiful cities in Poland?

Nearly every city has a statue of Nicolaus Copernicus and Poland is really proud of him and in Warsaw, one of the most famous museums has his name.

He formulated a model of the universe that placed the Sun rather than Earth at the center of the universe, in all likelihood independently of Aristarchus of Samos, who had formulated such a model some eighteen centuries earlier

Nicolaus Copernicus was born on 19 February 1473 in the city of Toruń (Thorn), in the province of Royal Prussia, in the Crown of the Kingdom of Poland.

READ ALSO: How to Plan a DIY Trip to Poland

It might be a surprise as it was to me. Especially if you are not a fan of this music and you have never visited Warsaw and you have already been to Paris.

He always wanted to return to Poland, but unfortunately, he was not able to. 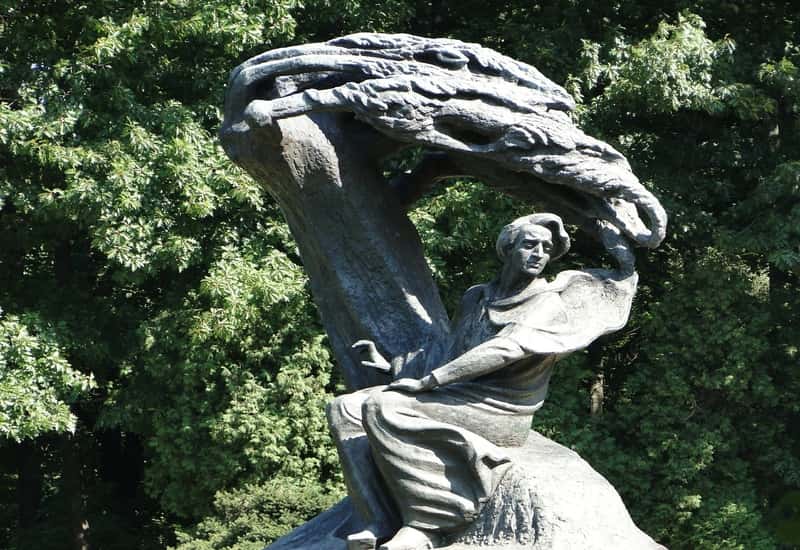 In the last moments of his life, he asked that his heart be transferred to Warsaw, so his body is in France and his heart in Poland.

Find Out All You Need to Know About Warsaw

He might be the most famous Polish person in the world. Karol Józef Wojtyła, was born in the Polish town of Wadowice, 50 kilometers southwest of Krakow. 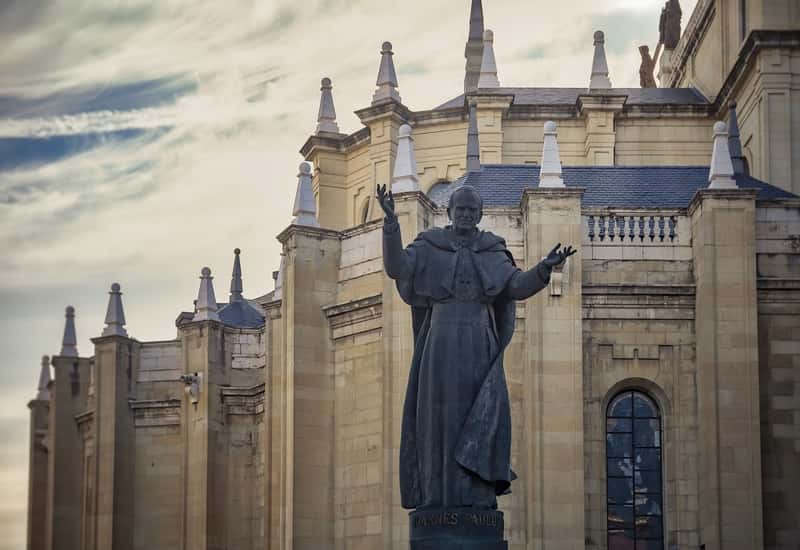 He was elected pope by the second papal conclave of 1978, which was called after Pope John Paul I, died after just 33 days.

During his papacy (16 October 1978 - 2 April 2005) is recognized as helping to end Communist rule in his native Poland and eventually all of Europe.

Every person living in Europe should know about this great King of Poland.

Born into Polish nobility, Sobieski was educated at the Jagiellonian University (Krakow) and toured western Europe in his youth.

Sobieski demonstrated his military prowess during the war against the Ottoman Empire and established himself as a leading figure in Poland and Lithuania. 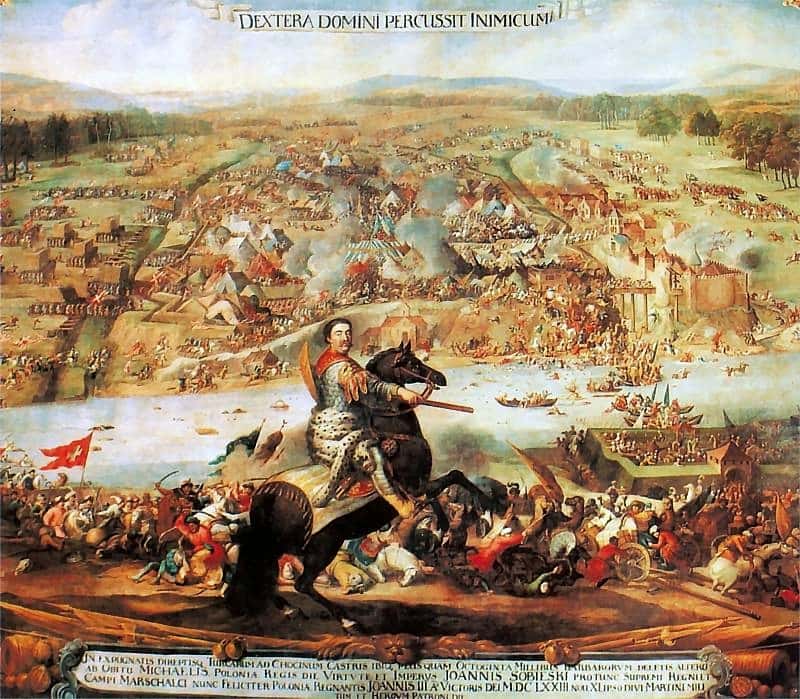 His greatest success came in 1683 with the great victory at the Battle of Vienna against the Ottoman Turks who were invading Europe.

On the 12th of September, with the Ottoman army (143,000 Turks) close to breaching the walls, Sobieski ordered a full attack. The Polish-German army of around 70,000 soldiers, attacked the Turkish force.

Around 5 pm, after observing the battle, Sobiecki led the Polish husaria cavalry along with Austrians and Germans in a massive charge down the hill.

Finally, around 5:30 pm, Sobieski entered the deserted tent of Kara Mustafa, and the Battle of Vienna ended. The Pope and other foreign dignitaries hailed Sobieski as the «Savior of Vienna and Western European civilization.»

In a letter to his wife, he wrote, «All the common people kissed my hands, my feet, my clothes; others only touched me, saying: 'Ah, let us kiss so valiant a hand!' »

The victory in the Battle of Vienna was so important that many historians believe that the attack on the 11th of September of 2001 is connected to the date of the Battle.

Something very interesting is that In 1891, Maria Skłodowska left the Polish Kingdom for Paris to study at the Sorbonne.

The reason was that in the nineteenth-century, women could not study in Poland, so she developed her scientific career there. 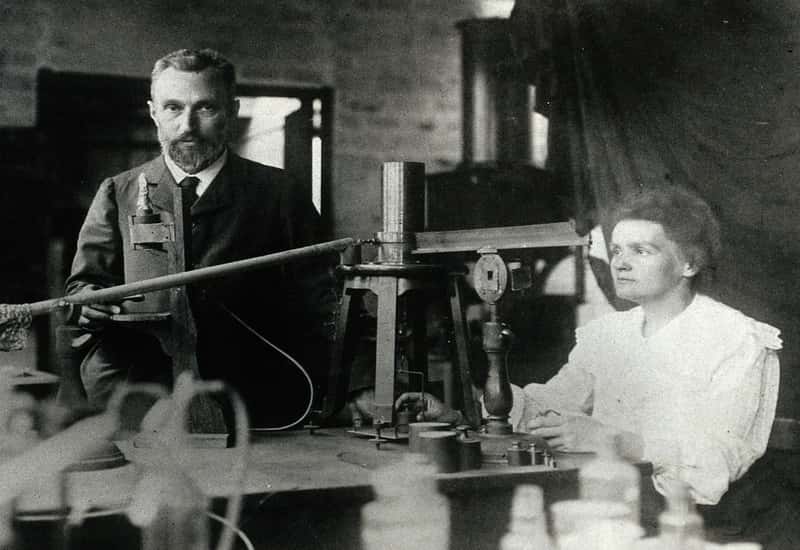 She was awarded the Nobel Prize for the first time in 1903 - in physics, with her husband Pierre Curie and Henri Becquerel for research into the phenomenon of radioactivity discovered by Becquerel.

It was awarded for the second time in 1911 - for chemistry, for the discovery of polonium and radium, the isolation of pure radium, and the study of the chemical properties of radioactive elements.

Find Out How to Visit Important Nazi Camps from Warsaw

We do not have to make any special introductions to the greatest and most famous Polish football player. You can see him in TV advertisements and also in street posters around the city.

The only sure is that we all know that Lewandowski is indeed the most famous Polish football player in the world.

She was a poet, essayist, and translator which awarded the Nobel Prize in Literature in 1996. When World War II broke out in 1939, she continued her education in underground classes.

From 1943, she worked as a railroad employee and managed to avoid being deported to Germany.  During this time, her career as an artist began with illustrations for an English-language textbook, writing stories, and occasional poems.

Surrounded by friends and relatives, Szymborska died peacefully of lung cancer in her sleep at home in Kraków in 2012, aged 88.

Who doesn't know the famous Polish-French film director, producer, writer, and actor? Born in France on the 18th of August, 1933, but they moved back to Poland (Krakow) in 1937.

Just 2 years after moving back to Poland, World War II started and Poland was invaded by the Nazis, causing the Polanskis trapped in the Krakow Ghetto.

After his mother and father were taken in raids, Polanski spent his formative years in foster homes, trying to survive the Holocaust.

He made his first film in 1962 in Poland (Knife in the Water) and was nominated for a United States Academy Award for Best Foreign Language Film.

It won France's César Awards for Best Picture and Best Director and received three Oscars. He later produced and directed «The Pianist» (2002), a drama about a Polish-Jewish musician escaping Nazi persecution.

The Best Way to Discover Poland, Rent A Car

The woman Hero saved several thousand Jewish children during the Holocaust and should be known around the world as the female Schindler. 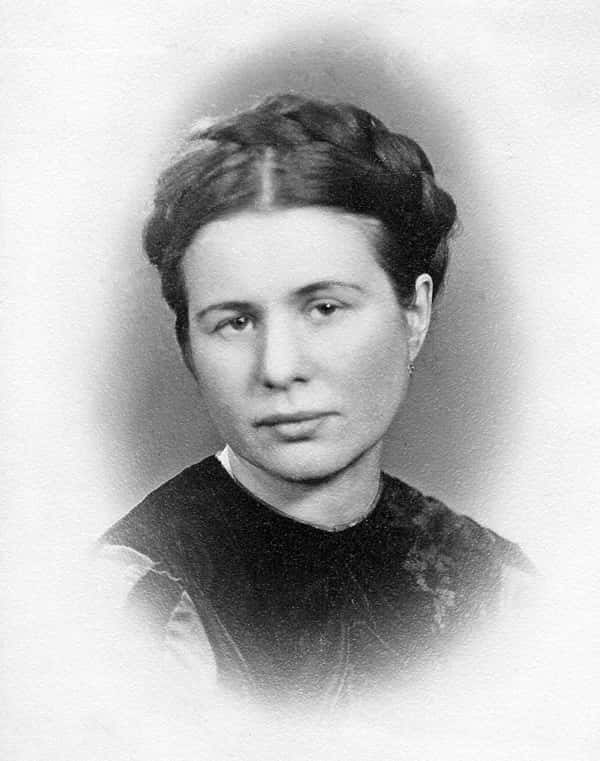 Polish humanitarian, social worker, and nurse who served in the Polish Underground Resistance during World War II in German-occupied Warsaw. During the war, she pursued conspiratorial activities, such as rescuing Jews.

Sendler participated, with dozens of others, in smuggling Jewish children out of the Warsaw Ghetto and then providing them with false identity documents and shelter with willing Polish families or in orphanages and other care facilities.

Helena is one of the most famous Polish-American businesswomen in the world and she born in Krakow on 25 December 1872.

For those who have no idea who she is, mostly I guess men, she is the founder and eponym of Helena Rubinstein Incorporated cosmetics company. This made her one of the world's richest women.

What is important to note, is that she emigrated from Poland to Australia in 1896, with no money and little English.

Her stylish clothes and milky complexion did not pass unnoticed among the town's ladies, however, and she soon found enthusiastic buyers for the jars of beauty cream in her luggage.

Except for being a businesswoman, she is also a well-known art collector, and philanthropist.

Finally, at the outbreak of World War I, she and her husband Titus moved to New York City, where she opened a cosmetics salon in 1915, the forerunner of a chain throughout the country.

Find Out the Best Party Places in Warsaw

Another of the invisible heroes of World War II everyone should know about. His real name was Henryk Goldszmit and he was born in Warsaw in 1878-1879.

A doctor, educator, writer, journalist, and social activist is a well-known personality to every Polish and is strongly related to the Warsaw Ghetto.

In September 1939, he spoke for the last time on Polish Radio, calling for peace. In the fall of 1940, the Orphans' Home, as a Jewish institution, was resettled to the Warsaw ghetto at 33 Chłodna Street.

In October 1941, the Orphanage was forced to move again, this time to ul. Sienna 16 / Śliska 9, to some rooms in the building of the Association of Commercial Employees.

At the beginning of 1942, Korczak officially took care of an institution for orphans in a tragic situation at ul. Dzielna 39, and in May the same year he began to write a "Diary", about the Nazi occupation.

Korczak consciously rejected many offers calling to save himself, and finally on the day of his deportation, on the morning of August 5 - 1942, during the so-called "great action", he refused to leave the children and employees of the Orphanage.

Finally, he marches with his children to their last trip from Umschlagplatz to Treblinka extermination Camp supporting them till the last moment.

Find Out Things to Do In Warsaw with Kids

Fahrenheit's inventions ushered in the first revolution in the history of thermometry (branch of physics concerned with methods of temperature measurement).

Fahrenheit was born in Danzig (Gdańsk), then in the Polish–Lithuanian Commonwealth, but lived most of his life in the Dutch Republic.

Let us explain the Polish–Lithuanian Commonwealth. Formally, the Crown of the Kingdom of Poland and the Grand Duchy of Lithuania.

After 1791, the Commonwealth of Poland – was a dual state, a bi-confederation of Poland and Lithuania.

St. Maximilian Kolbe was born Raymund Kolbe on January 8, 1894, in the Kingdom of Poland, part of the Russian Empire.

Very active in promoting the Immaculate Virgin Mary, his life was strongly influenced by a vision he had of the Virgin Mary when he was 12.

«That night I asked the Mother of God what was to become of me. Then she came to me holding two crowns, one white, the other red.

She asked me if I was willing to accept either of these crowns. The white one meant that I should persevere in purity and the red that I should become a martyr. I said that I would accept them both». 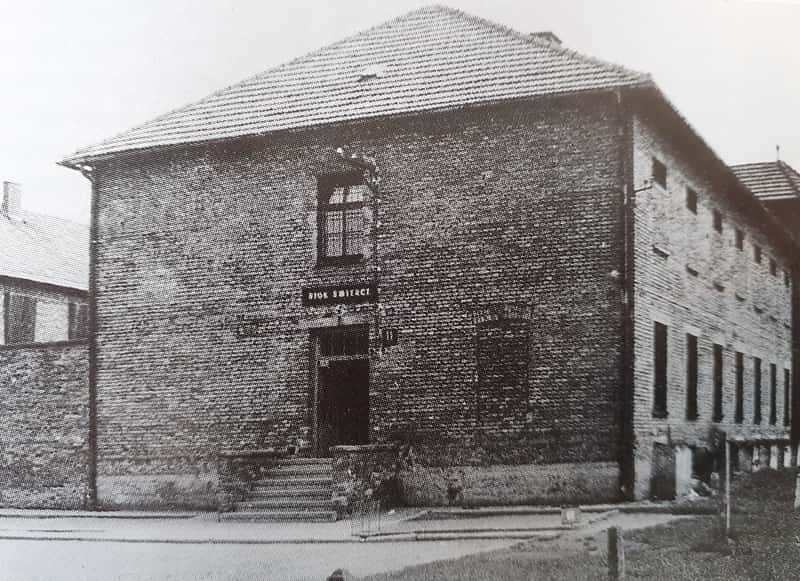 One year after his vision, Kolbe and his elder brother, Francis joined the Conventual Franciscans. In 1910, Kolbe was given the religious name Maximilian.

Kolbe also founded monasteries in both Japan and India. To this day, the monastery in Japan remains prominent in the Roman Catholic Church in Japan.

In 1936, Kolbe's poor health forced him to return home to Poland, and once the WWII invasion by Germany began, he became one of the only brothers to remain in the monastery.

He refused to sign a document that would recognize him as a German citizen with his German ancestry and continued to work in his monastery, providing shelter for refugees, including hiding 2,000 Jews from German persecution.

On February 17, 1941, the monastery was shut down; Kolbe was arrested by the German Gestapo and taken to the Pawiak prison. Three months later, he was transferred to Auschwitz.

Everyone who visits Auschwitz will definitely pass from the cells where we martyred and hear his story.

Never abandoning his priesthood, Kolbe was the victim of severe violence and harassment. Toward the end of his second month in Auschwitz, men were chosen to face death by starvation to warn against escapes.

On August 14, 1941, Father Maksymilian Kolbe was killed in the basement of the "death block" in the German concentration camp Auschwitz.

At the end of July, during the roll call, he voluntarily chose to starve to death in exchange for a convicted fellow prisoner, Franciszek Gajowniczek.

Eventually, after 15 days in a cell without food or drink, he was killed with a phenol injection and his body was burnt in Crematorium No. 1.

READ ALSO: Gdansk and the Malbork Castle in Poland

Hope you Enjoy the List of the Most Famous Polish People!

Actually, They are Many More and Yet More to Come!

How to Plan a DIY Trip to Poland