Treblinka was an extermination camp, built and operated by Nazi Germany in occupied Poland during World War II. Together with the camps at Bełżec and Sobibor, was one of the Operation Reinhard extermination camps.

How to visit the Treblinka death camp from Warsaw

Located 1,5 hours drive from Warsaw, is the place where Jews from the Warsaw Ghetto were sent for extermination during WWII, but also Jews from other locations. Consisted of:

«It was hell, an absolute hell.  A normal person can not imagine how anyone could survive it. Murderers, born murderers without a trace of conscience would kill any, even the smallest being» Wrote Kalman Taigman, one of the few prisoners who survived the Treblinka camp, years later. 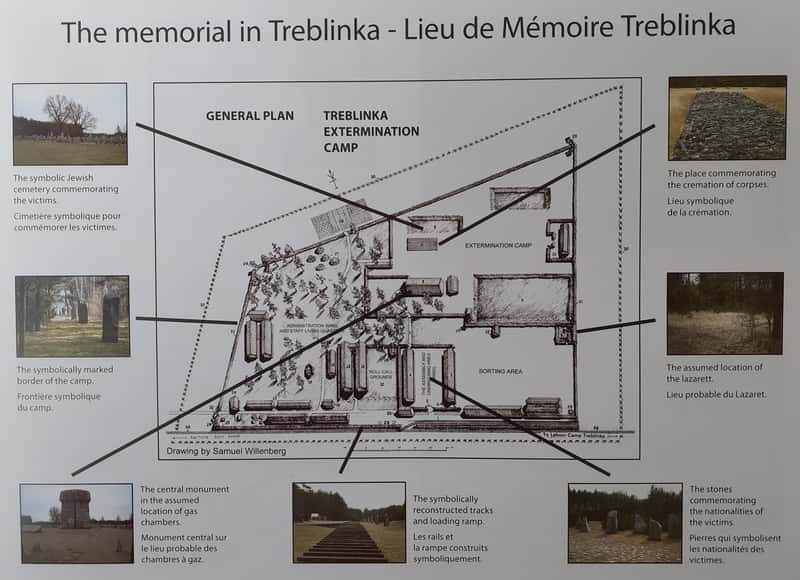 Treblinka was an extermination camp, built and operated by Nazi Germany in occupied Poland during World War II. Together with the camps at Bełżec and Sobibor, was one of the Operation Reinhard extermination camps.

How to visit the Treblinka death camp from Warsaw

Located 1,5 hours drive from Warsaw, is the place where Jews from the Warsaw Ghetto were sent for extermination during WWII, but also Jews from other locations. Consisted of:

«It was hell, an absolute hell.  A normal person can not imagine how anyone could survive it. Murderers, born murderers without a trace of conscience would kill any, even the smallest being» Wrote Kalman Taigman, one of the few prisoners who survived the Treblinka camp, years later.

Treblinka is a small village located on the Bug river and is around 110 km from Warsaw. It takes around 1,5 hours by car to get there.

The organization of the «Final Solution» was discussed during the Wannsee Conference on January 20th, 1942, chaired by Reinhard Heydrich, one of the high-rank SS officers, and attended by the leading representatives of the Reich's ministries.

The systematic extermination of Jews, disguised as "final solution" had already been decided at the highest level in July 1941, and Reinhard Heydrich had been entrusted with its realization through a written directive by Herman Göring. 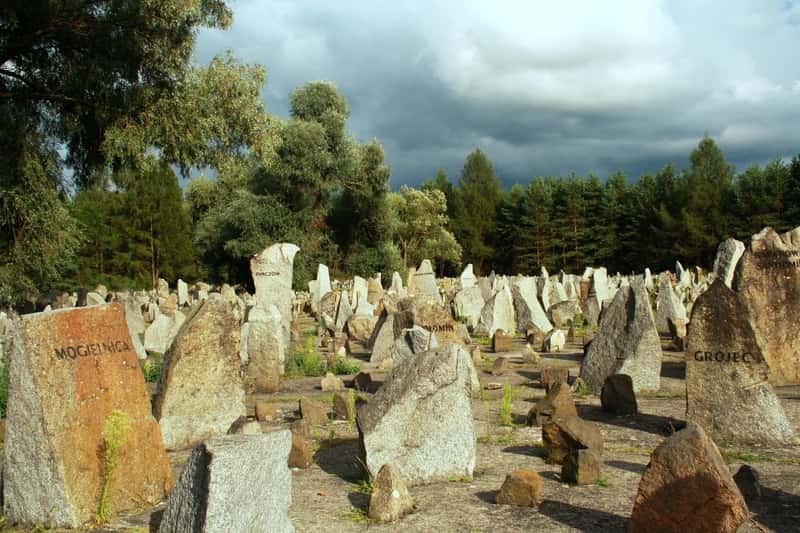 The execution of the systematic extermination was assigned to Odilo Globocnik, who was the leader of the SS and the police in the Lublin district at that time.

In the context of Operation Reinhard (Aktion Reinhard), named so probably after Reinhard Heydrich, extermination camps were established in Belzec, Sobibor, and Treblinka. SS-Sturmbahnführer Christian Wirth was charged with the inspection of the camps.

The extermination camp Treblinka II was set up in July 1942, about 4km away from the village and railway station of Treblinka. The camp was built by prisoners of the forced labor camp Treblinka l, which had existed since July 1941, and by workers from the surrounding area.

According to present-day estimations, about 900.000 people had been killed when the death camp was closed down in November 1943 (period of 13 months). The vast majority of the victims were Jews most of which had lived in Poland but who also came from other European countries.

The gas chambers, (approximately 4 x 4 meters), camouflaged as shower rooms, were located in a brick building. In the beginning, there were 3 operating gas chambers. Later, in a newly erected building, there were 10 gas chambers in which up to 5,000 victims could be killed at a time.

Exhaust fumes from Russian diesel engines were introduced through the shower heads and the victims suffocated in torment.

Usually, the killing process lasted between 20 and 25 minutes. The gas chambers had two doors. Through the first door, victims were pushed into the chambers from the central corridor.

After they had been killed their corpses were removed from the chambers through the second door at the rear of the building. There was a group of prisoners who had to remove the corpses from the gas chambers.

In 1943 prisoners at Treblinka dared active resistance. Caused by rumors about the liquidation of the camp in early 1943 a group of prisoners was formed to organize the uprising.

The liquidation of the camp would mean sure death for the remaining prisoners since the SS systematically liquidated all the eyewitnesses of their atrocities.

At about 4 pm on August 2nd, 1943 the uprising started, in which almost 840 prisoners participated. With the help of a duplicate key, the members of the resistance group had managed to remove weapons from the SS armory.

The insurgents set several buildings of the camp on fire but did not manage to completely destroy the gas chambers. With the help of a telephone line that had remained intact, the commandant of the camp, Stangl, managed to call for help and thus suppress the uprising.

Around 60 prisoners managed to escape and some of them later bore witness to what had happened in the extermination camp of Treblinka. 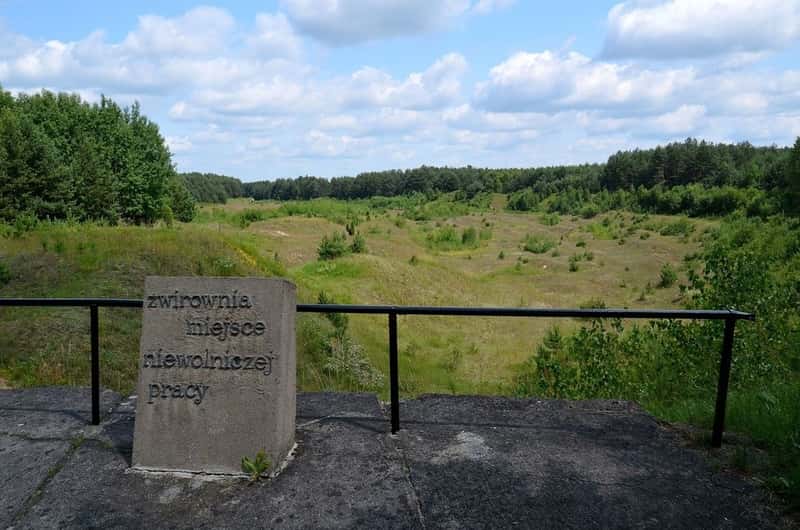 A lot of Jewish were deported from the Warsaw Ghetto to Treblinka during the Second World War. That was one of the main reasons which led to the famous Ghetto Uprising and later inspired the Warsaw Uprising as well.

Definitely, when you do not have a car rental, the easiest way to visit Treblinka from Warsaw is by an organized tour that includes transfer services from your hotel or apartment in Warsaw. A tour from Warsaw looks like below:

For only one-way transfer from Warsaw to Treblinka is approximately 1.5 hours, and the whole tour takes around 6 hours.

Treblinka Extermination camp operated from July 1942 to October 1943. During this one year, around 900,000 mostly Jews from both central Poland and Europe were murdered. Now, it is a symbolic place marked by 17,000 stones.

It is a place of Memory, a place where you need to leave your senses free in order to feel the place and what's happened there.

Finally, a criminal labor camp is located 1.5 miles from the death camp. In this place, the Nazis murdered more than 10,000 Polish people.

Get an Offer for Renting a Car

Plan your Trip to Treblinka from Warsaw

Going with an organized tour and in case you are the only person to visit Treblinka from Warsaw that day, you will need to pay around €200. In case you cannot afford this price, then you need to do it alone. Unfortunately without a car rental, the transport to the place is a bit difficult.

Rent a car from Warsaw and travel to Treblinka might be the best option in this case. You can rent a car for one day and it should not cost more than €30 plus a gas consumption of let's say another €30. 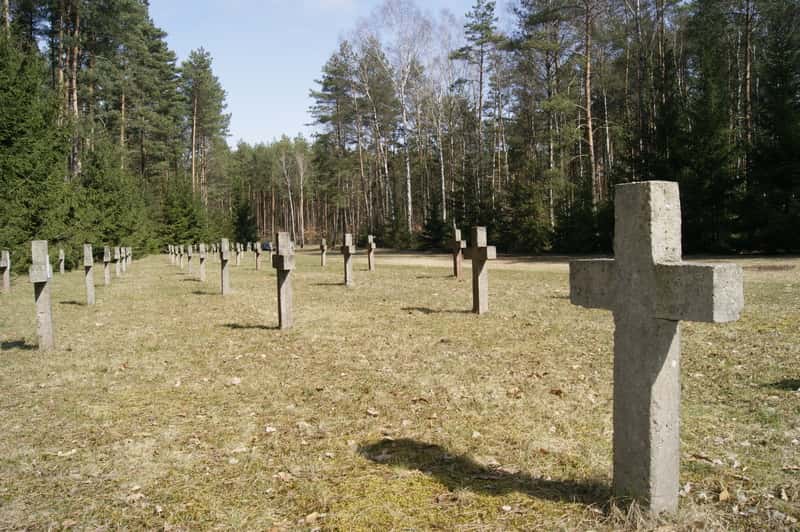 Not only you can go to Treblinka, but you can also enjoy some beautiful places in the Polish countryside of Warsaw. Install the Audio Guide for Treblinka and take your trip alone. You can also book your visit to the Treblinka Museum in advance.

In case you cannot find the audio guide, just search for (Obóz Zagłady Treblinka II) in the Play Store or iPhone's App Store.

Finally, the entrance to the Treblinka museum is only 7 PLN and you can also buy a map and an information book with another 23 PLN from the kiosk outside the camps and museum. In case you need more help, please contact me.

Reach Treblinka with Train from Warsaw

One way is to get a train to Małkinia (Treblinka), which departs either to Białystok (and beyond) or Warsaw (and beyond). There are two main destinations in Warsaw for these trains: Warszawa Wileńska (Koleje Mazowieckie - green / yellow/black/white trains), and Warszawa Centralna (Intercity trains, grey-blue).

Take the latter, as it is generally faster. Timetable: www.intercity.pl/en (Intercity trains only). You can also find all possible trains and routes by using the: «rozklad-pkp.pl» website.

The train should not cost more than 40 PLN and it's about 1 hour and 10 minutes to get to the Małkinia station. Unfortunately, there might not be trains every day, so plan this in advance.

From the Małkinia station to the museum it's around 8 km one way, so I don't think you'll pay more than 30-40 PLN for a taxi one way. It might be hard to find an English-speaking driver, bus this should not be a problem.

Just make sure you confirm the price in advance and that it took you outside the Treblinka Museum. Walking between Treblinka I and Treblinka II is around 2 km and it will also take you around 30 minutes.

Make sure you allowed a time of at least 2,5 to 3 hours to see both camps and the Treblinka museum.

Rent a city bike from Warsaw center and load it into the train to Małkinia in order to cover the 10 km on the bike. It will take you about 7 hours in total and the bike rental will cost around €10-€12.

Get out in Małkinia station and then you drive with the bike to Treblinka. It should be around 30 minutes to ride in the beautiful surroundings. Install your Free Audio guide and you visit all the important parts of Treblinka - Obóz Zagłady Treblinka II.

It's good to also have Google Maps. You can then return to the train station in the same way!

Be Aware! You cannot exceed a total of 12 Hours for Bike Rental because you are going to have a penalty. You can return the bike to any station in Warsaw! Check also our article about all the transportation options from Warsaw.

Was this article useful to plan your trip to Treblinka?