Easter in Poland is time for a family meeting. The most important fact ιs the crucifixion and resurrection of Jesus Christ. Traditions in Poland are fun. A lot of food, Easter Basket, and painted eggs.

Celebrated according to the Western Roman Catholic calendar

Practices are marked by Christianity but still influenced by other traditions.

It can be considered a celebration for everyone, disregarding each person's religion.

Easter in Poland is ranging from fun to spiritual, but always include plenty of homemade food and drinks on the family table. 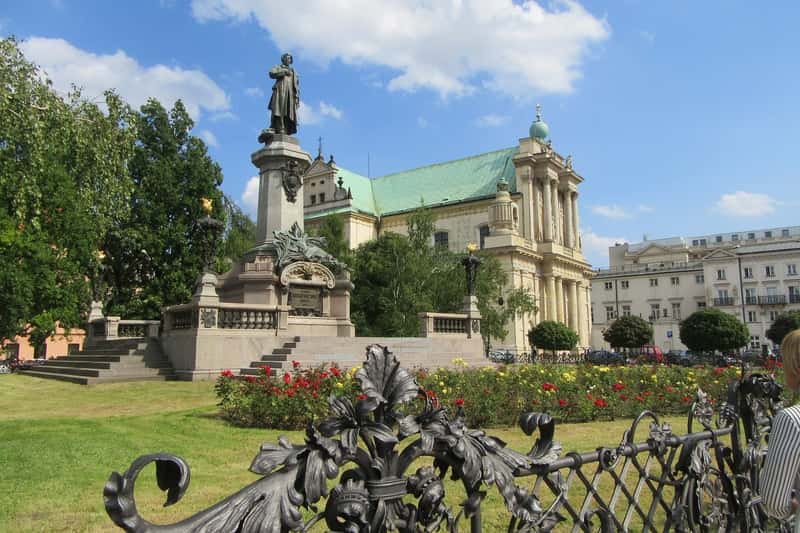 More About Easter In Poland

It is the oldest and the most important Christian feast in Poland, celebrating the resurrection of Jesus.

It is a movable feast as it is not always on the same days every year.

Easter is celebrated on the first Sunday after the first full moon in Spring (between 21 March and 25 of April).

The week before Easter, the Church commemorates the most important events for Christianity, which is the Holy Week.

The most important part is the Paschal Triduum, Easter Triduum or Holy Triduum.

Referring to the Three Days, starting from Maundy Thursday (Secret Supper of the Lord with his Students) and finish on the evening of Easter Sunday.

Time to Fall in Love with Poland

The day when Jesus Christ entered Jerusalem on a donkey, while people were holding palm branches and singing.

Just one week before Easter, it is considered as the first sign of Easter time. 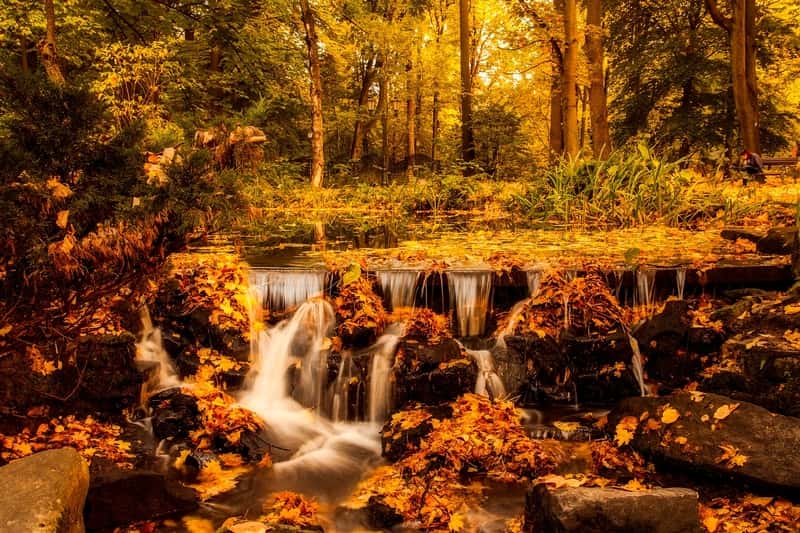 Since palm trees are very rare in Poland, they often bring pussy willows or 'palms' made of colorful woven dried branches.

Palm Sunday used to be a time for fun and games. In the morning, people run around homes, holding branches, laughing, and waking up with each other.

Shouting: "The willow (palm) is whipping. I am not whipping. it’s the Good Day of the week. it’s Easter time in six days".

Everyone would then go to church to get their "palms" sanctified.

On every Good Thursday, a solemn ceremony took place at the Jasna Góra monastery in Czestochowa.

At the stroke of four in the morning.

It was still dark when the fathers of the Pauline Order appeared in the corridors and then proceeded to the sacristy and opened the treasury.

They then entered a small room at the back of the altar of the Most Holy Mother of the Saviour.

They extracted a portrait of the Holy Mother and, genuflecting, placed it on a specially decorated table.

They prayed and sang by candlelight. As they did so, the dress on the miraculous image of the Holy Virgin transformed.

Before a new dress was affixed with wire, the portrait was covered with veils, lace, holy pictures, rosaries, and crucifixes owned by people who had requested that their belongings touch the holy relic.

The Holy Week preceding Easter involves also a Spring cleaning. Usually, in the countryside, people use that occasion to repair their barns.

Families visit representations of the tomb of Christ, often decorated in a spectacular fashion for the occasion.

Find Out: How to Plan a DIY Trip to Poland

Good Friday is not an official public holiday in Poland, but some shops may have shorter opening hours.

Some museums, theaters and tourist attractions may also be closed. 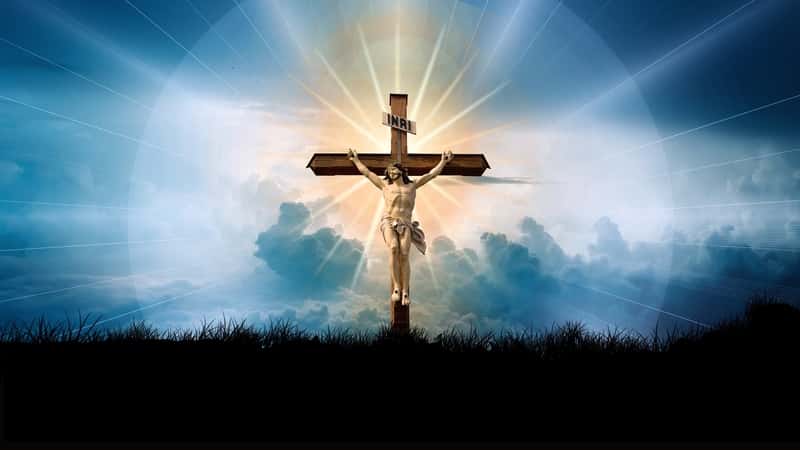 During the Good Friday, we commemorate the passion and crucifixion of Christ. In Warsaw and other cities, there will be litanies on the streets.

The people are carrying a huge cross in order to contemplate and take part in Jesus' passion. Some crosses bear a figure of Christ.

Other symbols of Good Friday include black cloth used to cover the cross, paintings, and statues in churches and some homes to signify mourning.

Many people are fasting during that day in Poland. Usually, they do not eat meat, not going to parties, or drinking alcohol.

During this day, people take baskets filled with food to the closest Church to get a special blessing.

It is traditionally believed that baskets should at least include bread, eggs, salt, smoked meat, cheese, horseradish, and cake.

Some people add chocolate and fruit to their Easter basket these days.

Święconka, meaning "the blessing of the Easter baskets," is one of the most enduring and beloved Polish traditions on Holy Saturday.

With roots dating back to the early history of Poland, it is also observed by expatriates and their descendants Poles in other communities around the world.

They are boiled eggs painted in various colors and patterns. The bread symbolizes Jesus Christ’s body.

Smoked meat is believed to give good health, wealth, and fertility, while salt ward off the evil.

The food from Święconka basket after the blessing is shared the next morning during the festive Easter breakfast.

Find Out: All You Need About Warsaw

It is a Bank holiday in Poland but anyway it is always on Sunday. Assuming that many people work some Sunday's then it is a bank holiday for them.

On that day we celebrate the resurrection of Jesus. Many people in Poland start their day early in the morning.

The most important event of the day is that families meet together early in the morning. That day the table always has food on it.

Starting with breakfast, that is the most important. People eat the blessed food (Remember the Święconka - baskets) together with other staff. 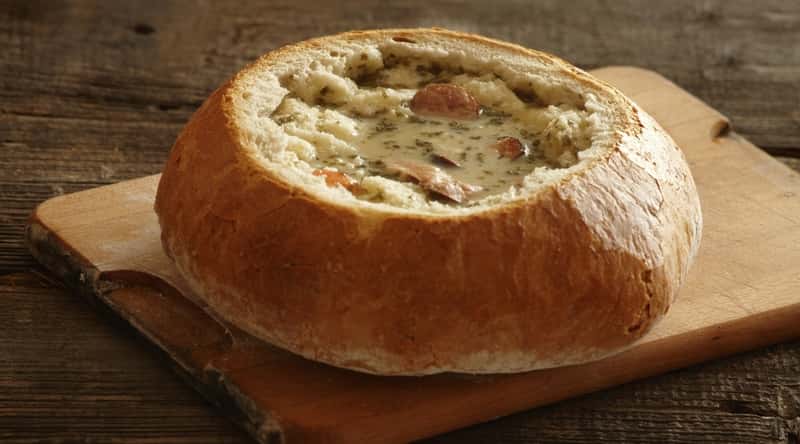 Later it is a tradition to eat żurek. Żurek (Sour Bread Soup or white barszcz) is a soup served inside a whole small bread.

The table nearly all the time have food. Usually, people drink, meet with family, and stay all day together inside the home.

If it's good weather, the kids can play outside.

Traditional dishes served during that day are

In some places, people make an Easter lamb, entirely out of sugar and in a lamb shape. It is a traditional centerpiece of the Easter table and basket. 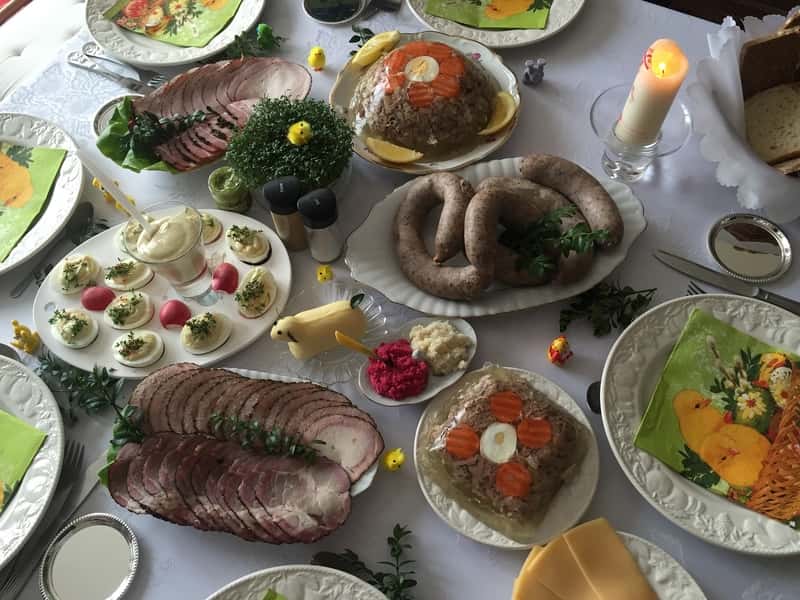 For the Greek people at least in Warsaw, the Greek restaurants PAROS or KAVOS are usually preparing a Greek traditional table.

Check: Greek and Other Events in Poland

Śmigus-Dyngus (The Wet Monday of Easter in Poland)

Also known as lany poniedziałek, meaning "Wet Monday" in Polish Get ready to get wet, it is tradition, well if you are a girl but this is not always the case.

This is a Bank holiday in Poland so people have time for some fun. But what this tradition really is?

Originally, single men chase women and throw water over them.

A young man will attempt to throw water on a woman he might be interested in pursuing.

The tradition of Dyngus Day might have begun as marking the celebrations of the baptism of Prince Mieszko I, the first Polish monarch to be baptized into Christianity.

Foreigners also like to get involved in this tradition, although it might be a cold day. Also, kids are playing with water guns outside in the streets.

Another Easter Monday tradition is to beat legs with the Palms used during the Palm Sunday.

Other popular activities during that day include polka-dancing, drinking beer, and having a large feast. Traditional Polish foods like kielbasa, pierogi, and cabbage are popular.

Dyngus Day celebrations take place within Polish communities all over the world.

Read: How to Find Cheap Flights

Kids and adults are decorating boiled eggs in shells: with paints, markers, crayons, and other decorations.

Some older people use advanced techniques, like coloring the eggs in boiling water with onion skins and vinegar or other materials. 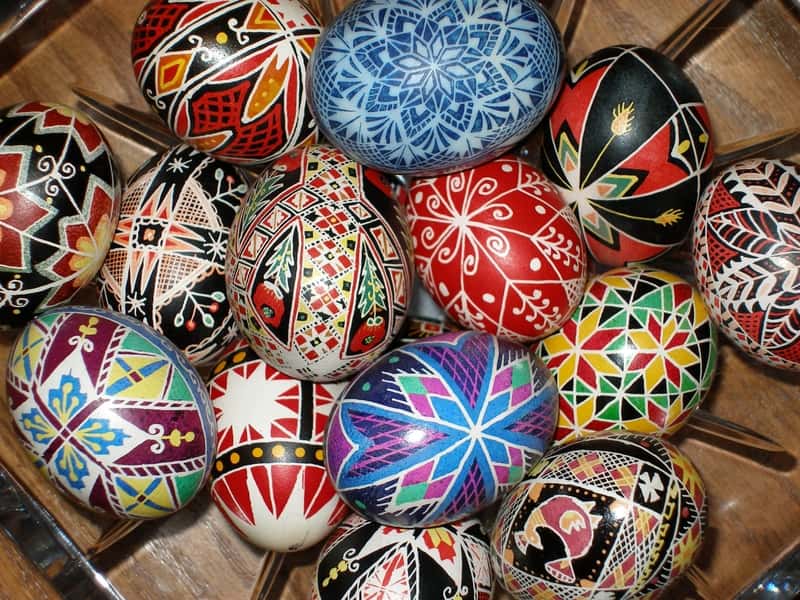 Also, people in Poland use to play the "cracking eggs" for centuries.

Two people strike Easter eggs held in their palms against each other. The winner is the one with the nonbroken egg.

Rule: Do not tap the side of the eggs, only the tip (tip to tip or end to end).

Another tradition among families with kids is to search for the Easter Bunny.

This requires kids to look around the house for the Easter Bunny.

Also in some families in Poland, children have to create a place where the bunny is going to leave the presents.

Because they are very fast-growing, you can even notice them grow from the next day sometimes.

They are also growing them inside the house, following a special process.

Baking Easter cakes and a Lot of Food

Finally, as in any other place in the world, the people in Poland are baking Easter cakes and the tables are full of food.

There is no celebration in Poland that is not accompanied by a lot of food. So, in Easter time as well the food is not missing from the tables.

The first breakfast usually starts by sharing food samples from the święconka basket and exchanging wishes.

This tradition is similar to the one with the Christmas wafer, which is called opłatek. 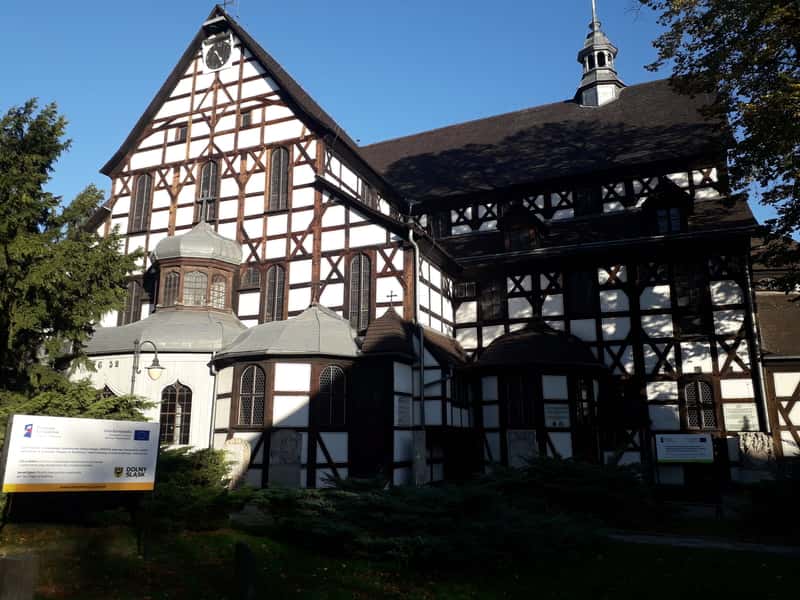 Cakes are very popular in Poland, with Mazurek to be in the first place. Mazurek is only served during the Easter time in Poland.

If you have a sweet tooth and like eating and drinking, you are going to love Easter time in Poland.

Have you Enjoyed Easter in Poland?

I hope you found Interesting the Traditions in Poland

Read Also: Christmas in Poland and New Year in Warsaw