How to visit Stutthof Nazi Camp from Warsaw

A must-see in Poland, Stutthof Nazi Camp from Warsaw or Gdansk. Another must-see is the Malbork castle and the beautiful city of Gdansk, they can be combined. Stutthof was the first Nazi camp set up in the Polish area.

June 1944 - part of «The Final solution to the Jewish problem»

«Endloesung» - A camp of mass- extermination.

Plan your Tour to Stutthof and Save

Do you know that: «The family of Hitler's main assassin on 20th of July, 1944, Claus von Stauffenberg, was imprisoned in KL Stutthof?»

Stutthof (Polish: Sztutowo), is located around 35 kilometers to the east of Gdansk. In 1939-1945 it was one of the cruelest Nazi camps in Poland.

Stutthof became infamous by Rudolf Spanner’s factory. There were rumors that the factory was producing soap made from human corpses.

During the Nuremberg Trials, Sigmund Mazur, a laboratory assistant at the Danzig Anatomical Institute, testified that soap had been made from corpse fat.

Holocaust survivor Thomas Blatt, who investigated the subject, found little concrete documentation and no evidence of mass production of soap from human fat but concluded that there was indeed evidence of experimental soap making.

READ: How to Plan a DIY Trip to Poland

Purpose of the Nazi Camp

Stutthof served mainly for the extermination of the most aware and patriotic people, mainly from the educated circles from Gdańsk.

The victims of arrests were people active in social and economical life, activists, and members of Polish organizations.

It was the first Nazi camp on Polish territory and the last to be liberated.

On the spot, you will see permanent exhibitions with documentary films concerning the time of Nazi occupation.

The museum is enormous and spreads about 20 hectares.

Among its most important monuments is the partially preserved Old Camp. The “Death Gate”.

Also the gas chamber, a brick-built headquarters, and garages. Vegetable gardens and the commandant’s villa.

The memorial area also includes a reconstruction of the crematoria. Collected and stored post-camp archives are especially abundant.

The State Stutthof Museum is now located at the campsite, featuring relics of the past.

Did You Know Those People Was Polish?

What to see in Stutthof Camp

Include Malbork castle and Gdansk

I highly recommend that you visit also the Malbork castle and the beautiful city of Gdansk.

You can plan it together with the Stutthof Nazi Camp and it is possible. 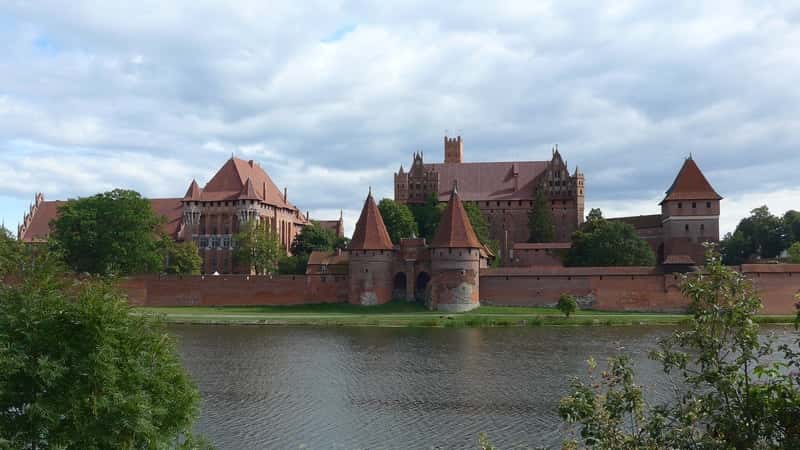 See also: FREE walking tour in the city of Gdansk

Plan your tour to Stutthof

There are a lot of different options in order to get there.

Definitely the best way is to get to Gdansk, stay for a night, see Stutthof Nazi Camp and Return back to Warsaw!

What you need is to book one night Hotel in the beautiful city of Gdansk.

How to get to Stutthof Nazi Camp

Rent a Car and SAVE

There are many options. I beleive renting a car might be the most convenient option and the faster at the end.

Renting a car for one day might cost around 30 euro and the cost for gas to make 640 KM around will be around 80 euro.

The entrance to the camp is FREE of charge, but if you need a guided tour you need to pay for it.

So another 11 euro per person when 4 people and Total €152 when only one person. More info about the tours in Stutthof Website.

Finally in the tour is included a meal in the city of Gdansk, so please add another 15 euro per person (60 PLN) for the a good meal.

Stay in Gdansk for a Night

Gdansk and Stutthof with Shuttle Bus and Train

You can use the comparison Engine above to find the best Hotels in Gdansk.

Transport with fast train from Warsaw to Gdansk cost around 150 PLN per person.

The travel time is around 3 hours. You can find cheaper options with higher travel times.

Check all the options on Intercity Website. Price for 2 people is around €71 this time.

Then you need a bus from Gdansk to Sztutowo and back to Gdansk.

More Info about booking a bus to Stutthof museum. Cost for 2 people is €12 to go and return.

This time you can drink beer instead of water.

The total price: One Night in Gdansk - Tour to Stutthof - Meal and Drink - Transports will cost for 2 people: €255

Important: Arrange your Tour to Stutthof Camp in advance!

Do Not Forget your FREE Tour in the City of Gdansk!

READ ALSO: How to Visit the Malbork Castle & Gdansk

What Else in Gdansk?