Tenerife: An Amazing Place to Escape for a Week

Tenerife is the largest of Spain's Canary Islands and it is an awesome escape to a warmer climate with a beautiful sea and a rich nightlife. A visit to the three amazing Parks (Siam, Loro, and Poema del Mar) is a must-visit on the island.

Take Me Back to Tenerife 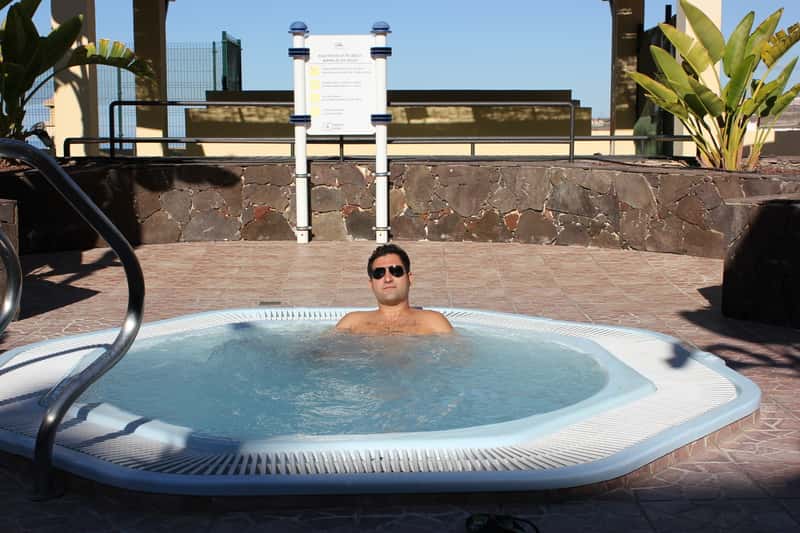 Our Visits to Tenerife

Despite being from Cyprus and with no direct flights, we have visited Tenerife with my wife twice. Once we combined the visit with a visit to Barcelona, and the second time we combined with a visit to Amsterdam. If you ask me, I would rather go again, especially now that I am living in Poland.

I remember I couldn't wait to get to Amsterdam to try some marijuana in the famous coffee shops, and I was shocked when we arrived in Amsterdam at the end of August with my slippers and short trousers. The temperature was only 13C and the cold air was blowing our bones. I was young and stupid :) 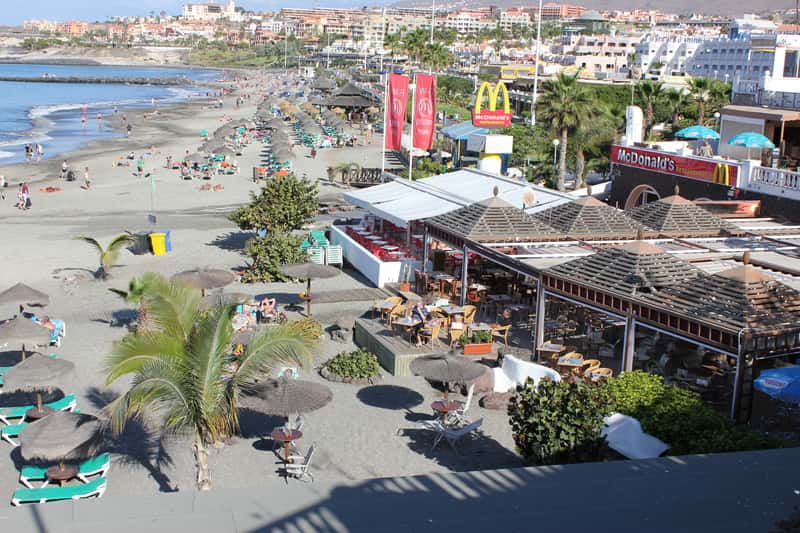 I wanted to discover how an active volcano looks like and also to touch some big sea animals, relax, enjoy the weather and discover a different island than Cyprus and how people work and leave in this part of the planet.

Tenerife is one of the major tourist destinations in the world with around 5,000,000 tourist visits per year, but it was not very crowded, and I believe it is because the tourists visit the island for the whole year, not just during the summer-like in Cyprus.

Teide is the active volcano on the island of Tenerife, so I could use the chance to approach it and see how it looks like. I cannot imagine myself living under this living bomb and wait for the time to explode and vanish the whole community. I hope this will never happen. 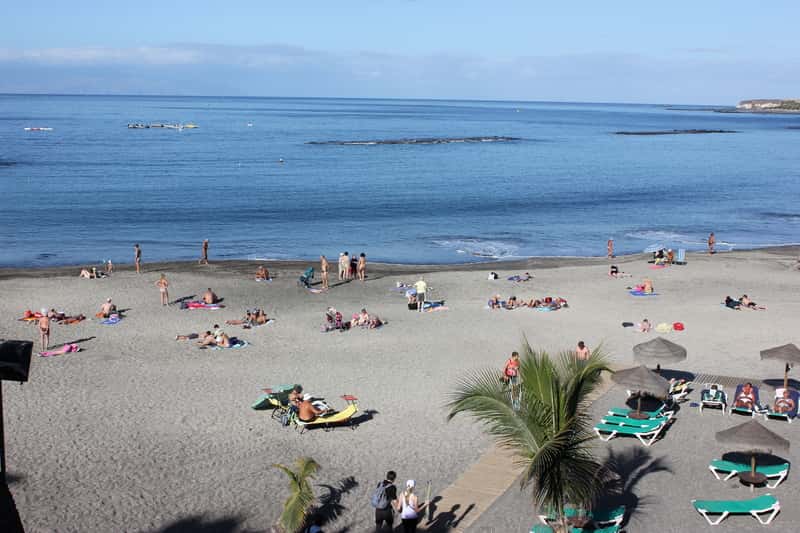 During our first visit, we stayed at the Costa Adeje (Las Américas-Callao Salvaje) where are many facilities and leisure opportunities besides sea and sand, such as shopping centers, golf courses, restaurants, and water parks. At least there is always something to do close enough.

Among the parks, the most famous is the Siam Park), but we have visited only the controversial Seaworld-owned zoo, Loro Parque instead. Loro Park won the Trip Advisers travelers choice award but has also been accused of mistreatment of the animals in its captivity. I didn't know anything about this at that time.

Experience the Loro Park in Tenerife

It the first time in my life that I came close to big sea animals and be able to touch them and see how they really look. Orcas, sea lions, and dolphins are just beautiful and it is amazing how they trained them to make what they do. 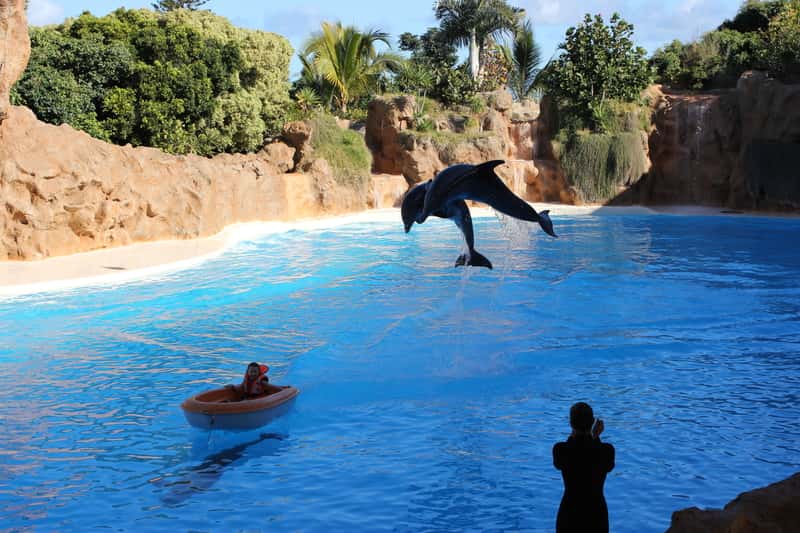 Dolphin Show at the Loro park in Tenerife

Maybe they were right accusing them of animals miss-treating, only by the fact that those animals were meant to be swim free in the ocean instead of making a show in the parks swimming pools in order to attract the tourists. But still, we would never have the chance to admire those animals if they wouldn't do it. 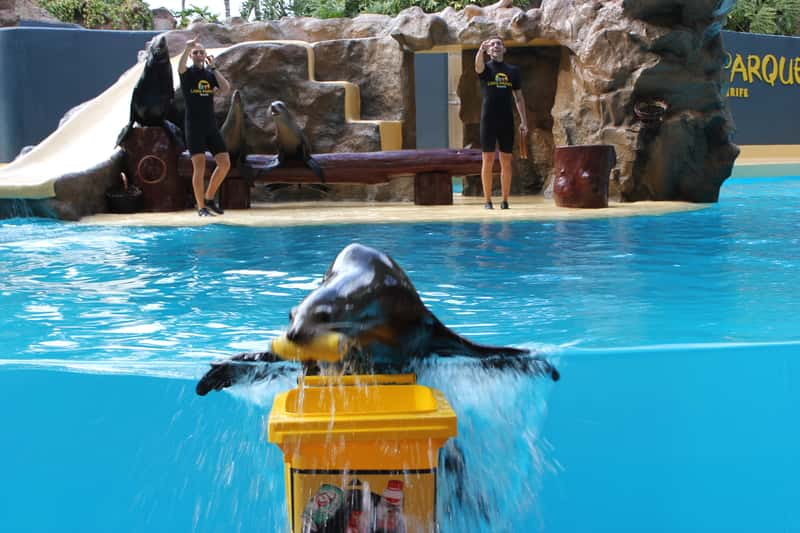 I touched this sea lion :)

In the above picture, you can see how close os the glass which separates the swimming pool from the place where people are sitting. The water is flowing all over the place and you are able to just pass and touch some of the animals. 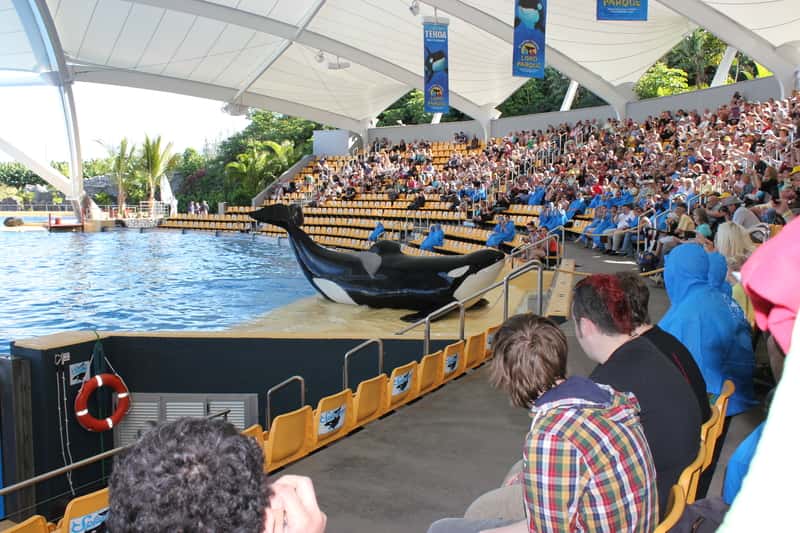 Orca jumps on the crowed

Unfortunately, we were not able to visit the Siam park which is considered to be the best park in Tenerife, but we promised we will return and take our two kids together so they will enjoy their time there. I believe that there is not much fun to visit such places without kids.

Kids will definitely get amazed and will offer an incredible experience to the parents as well with awesome comments and a lot of laughs. Get ready Tenerife, we are going to see you soon again. This time we are coming in winter with kids, just to have some warm moments in order to break the winter of Warsaw.

Except for the sea life, you can see more animals in the park, despite that I was jealous when my wife wanted to kiss a huge chameleon at the park, it was nice to see those animals from a close distance.

Check Why you need to Visit Crete 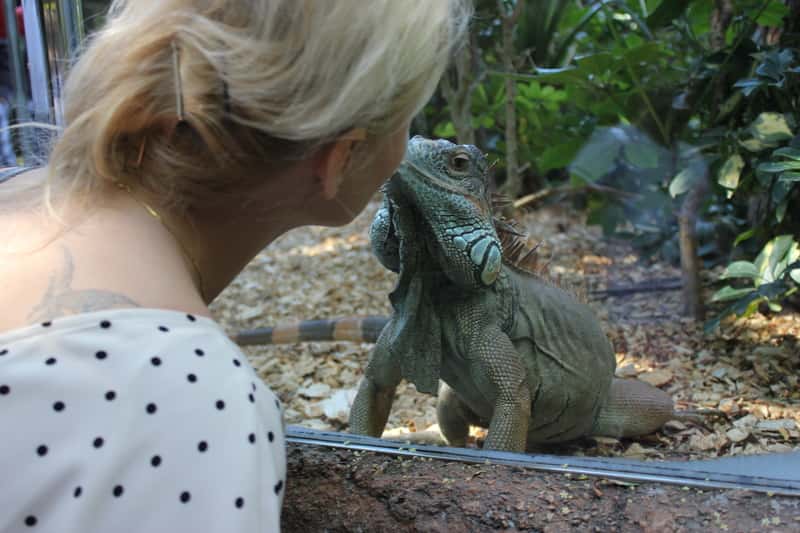 Finally, in the park, there is a nice parrot show with parrots flying all around in a close room, something that also worth seeing.

While I dreaming climbing the Teide mountain in order to look from the whole of the volcano what is inside, this never happened in reality, but we have booked an amazing trip to Teide, Los Gigantes, Masca, and Garachico and we have seen the most part of the island, which was a great experience.

We have seen Teide from the bottom, which is at least safe, but during this trip, we passed through amazing places with incredible views, so it is something that worth it to do in Tenerife. Maybe my expectations would be better met with the Mount Teide hiking tour, but my wife was pregnant and it is not recommended. 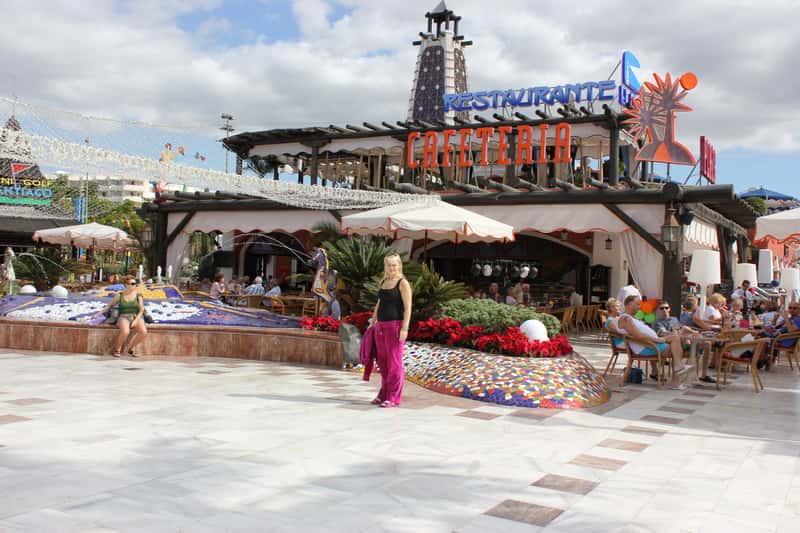 What Else in Tenerife

Around 9 years passed already since our last visit to the beautiful Canary island of Tenerife. I recently decided to write this article and I was looking in the old pictures while trying to recover my memories. What still exists in my memory after so many years?

One night, I escaped from the hotel room while my wife was sleeping in order to make a night walk and see what is in the area around the hotel. I don't remember in which hotel we were staying or the name of the bar, but can you imagine, I have good memories from the beach bar I have seen on my walk. 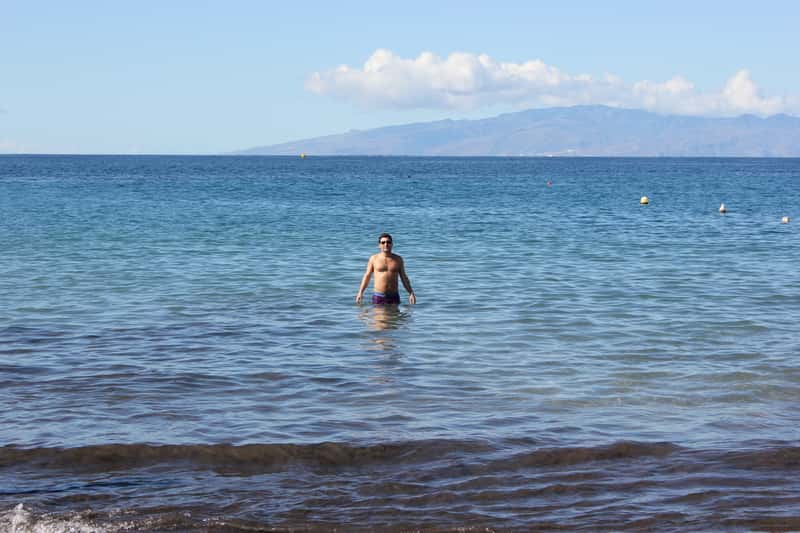 I followed the music and I was able to see the open beach bar from above. A lot of people, nice music. I got very tempted to just walk in, but fortunately, there was a queue waiting at the entrance, so I decided not to wait. I say fortunately because If I was going in, I would probably return to my hotel very late and drunk.

After some investigation, it was not hard to find out that the best parties in Tenerife are in Playa de Las Americas, so we were on a good point. This should be the place to stay on our next trip to Tenerife. 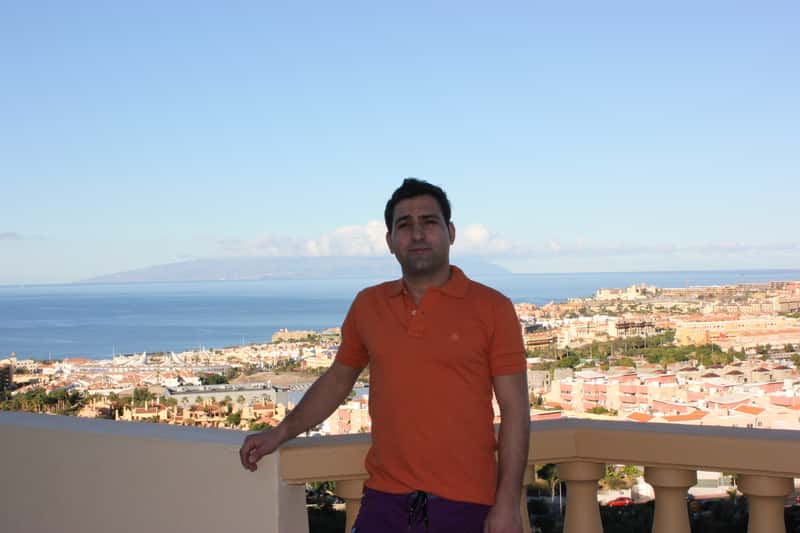 Another memory from Tenerife is the Golf Del Sur hill we have stayed the second time. The view from our apartment was just amazing, especially during the night. At that time we were staying in some La Costa resorts because my wife's parents bought us some packages for a present. 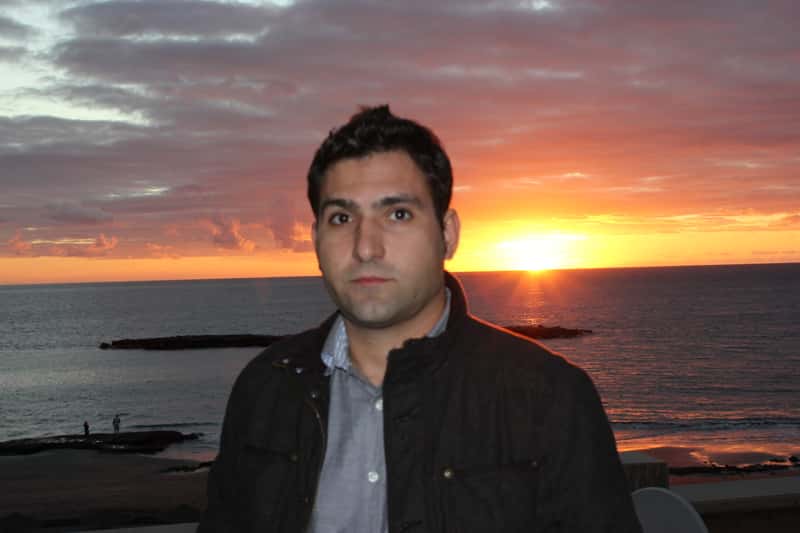 Finally, I remember some nice restaurant we sit and eat a nice fish, under the beautiful sunrise. By the way, the food in Tenerife is excellent in most of the places and I really liked the Paella with seafood.

Last but not least, what really stayed in my mind as a whole package, and it will be definitely in the plan for the next trip, is the calamari at the Monkeys Beach Bar, accompanied with a cold bottle of Coronita (Corona). «Un Cerveza por favor». 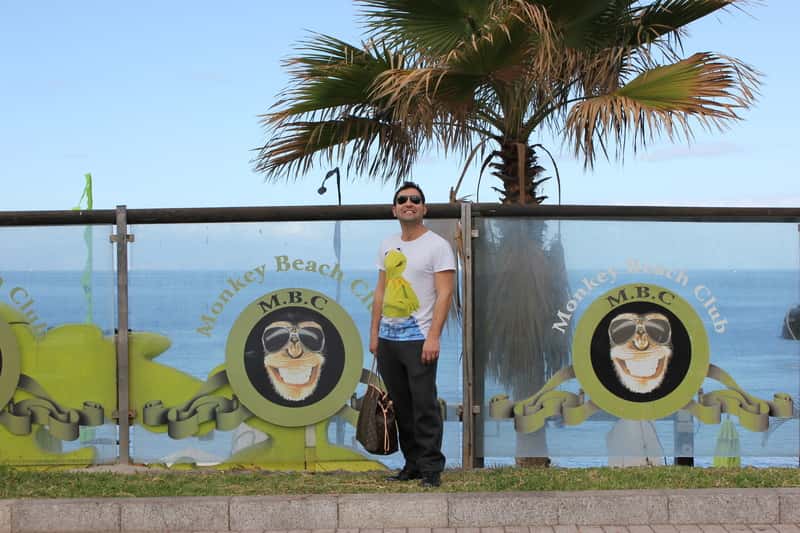 Of course the next time the kids will be playing at the beach below the bar, while we will be enjoying our Coronita and Calamari. Maybe if I get special permission from my wife, if you know what I mean, I can also go to Monkeys during the night time for a few beers.

Ah, right. And if I get another permission, I can go for the hiking Teide tour alone as well. I can easily exchange this one with a Teide National Park Quad-Bike Tour. I also love driving a quad and enjoying the view and the air on my face.

Definitely, what is more, important for the next trip to Tenerife is to take the kids to both Siam and Loro Park and have fun together as a family. Maybe you should do the same?

See in in Tenerife Next Year!