Cyprus War: History and The Turkish Invasion in July of 1974

The narration of the story from my father who was defending the Greenline during the Cyprus war in 1974. Starting on the 15th of July, 1974 with the coup and the related history before.

Related History and the Turkish Invasion in Cyprus!

Cyprus island Before the War in 1974

Cyprus from the ancient years was desired by many different nations due to the strategic location of the island.

It was constantly in war and occupation by different nations from the ancient years.

At some point, the Ottoman Empire occupied Cyprus for 300 years.

During that time, thousands of Ottomans from Turkey came to Cyprus and settled on the island. This is how it all started with Turkish.

When it was the revolution of 1821 in Greece against the Turkish, Archbishop of Cyprus Kyprianos was sending money to support the revolution.

People were hoping that after Greece will be free, Cyprus will get free as well.

But Turkish learned about those who support to revolution and hanged Kyprianos together with other people.

At some later point in time, Soultan Avdoul Hamit rented the island to Great Britain (1878), and the British govern Cyprus for 82 years.

Cypriots were happy, because the Ottomans left the island and because they believed that the British will help them finally unite with Greece.

Unfortunately on the island, there were also 18% of Turkish-Cypriots at that time.

The Turkish-Cypriot was against the association with Greece because they were afraid that they will become second category citizens.

In 1955, a small group of armed fighters called EOKA (Ethiki Οrganosi Kiprion Agoniston - a national organization of Cypriot fighters) started a fight against the British.

During that time the president of Cyprus Makarios was exiled from Cyprus.

Finally, after a 4 years fight against the British powers, in 1959, the treaty of Zurich-London was signed.

Great Britain got 2 army bases on the island and Cyprus was finally an independent country in 1960.

The Republic of Cyprus was just born!

Unfortunately, independence came with a lot of problems on the island between Turkish and Greek :(

After the Independence of the Cyprus island

The first president of Cyprus was Archbishop Makarios with a vice president the Turkish Cypriot Dr. Fazil Koutsiouk.

Only three years after independence, the controversies between Turkish and Cypriots started. The causation for this was the implementation of the Constitution.

On the Christmas Day of 1963, there were armed conflicts between the two communities, where people from both sides were killed. The British involved in order to bring peace between the two sides.

That was the time when they drew a line using a green pencil on the map of Nicosia. This Green Line drew on a piece of paper was the line used to distinguish the Greek from the Turkish sector of Nicosia.

More or less this line is now a reality.

After this, the Turkish leaders were withdrawn from the leadership and the Turkish Cypriots abandoned the mixed villages. That was the moment of separation and the moment when hate entered into people's hearts.

The coup and the invasion

It was 15 July of 1974 when Hounta (military dictatorship) of Greece made the coup against Makarios, which was the president of Cyprus.

Tanks attacked the presidential house in Nicosia, but Makarios made it to escape. Only five days later, Turkey invaded the island of Cyprus.

The excuse was that according to the agreement of Zurich-London, they had the right to restore the order and save their citizens.

The result was catastrophic.

Nearly 33% of the Cypriots lost their house, the Greek-Cypriots left from the north part in order to save their life.

Also, the Turkish-Cypriots left the south part and moved to the north.

The two communities were completely separated and after this, there was no contact between them. There were also many missing people.

Since that time, the Turkish troops remain on the island of Cyprus and possess 35% of the island.

After the war in Cyprus

In 1983, the north part of the Cyprus island proclaimed to be an independent state.

No other country in the whole world recognizes this, except Turkey.

I felt the need to ask my father to tell me the story. When he was at the war, fighting behind Ledra Palace.

Together with other soldiers and Canadian UN forces, they kept this point. 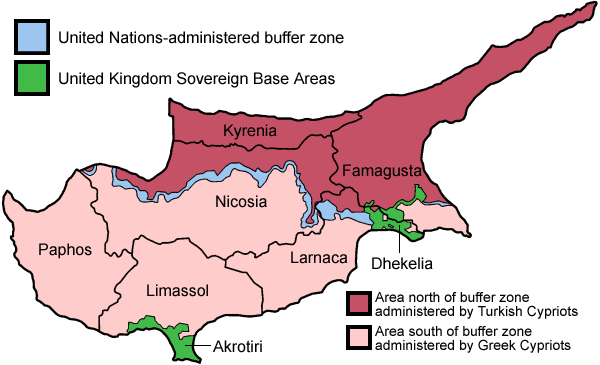 My father said: "That wasn't a war, it was a different story".

They really kept this point, or the plans of Turkey were up-to this point? This is something we will never know for sure.

Anyway, after many years of occupation and division of the island, we had the «Ledra Palace opening back in 2003».

That was maybe a very big mistake from our side to accept the opening of the borders.

Certainly, it was the best move from the Turkish, as their economy started to rise since this happened.

The Referendum (Yes or No)

The years were passing and the United Nations was trying to unite the two sides and help people to leave again together in peace.

In 2004 it was a plan and people were asked to vote YES or NO in order to solve the Cyprus problem.

People voted NO, without even reading what was written in the papers.

They voted with feelings and memories from the past. Because they cannot imagine their self's living with the Turkish.

Living with the people who a few years before murdered their friends and family.

People with a different religion and believes which are barbarians and do not respect human rights.

I am not saying that all the Turkish are bad. They are also good people and met a lot of them here in Poland. 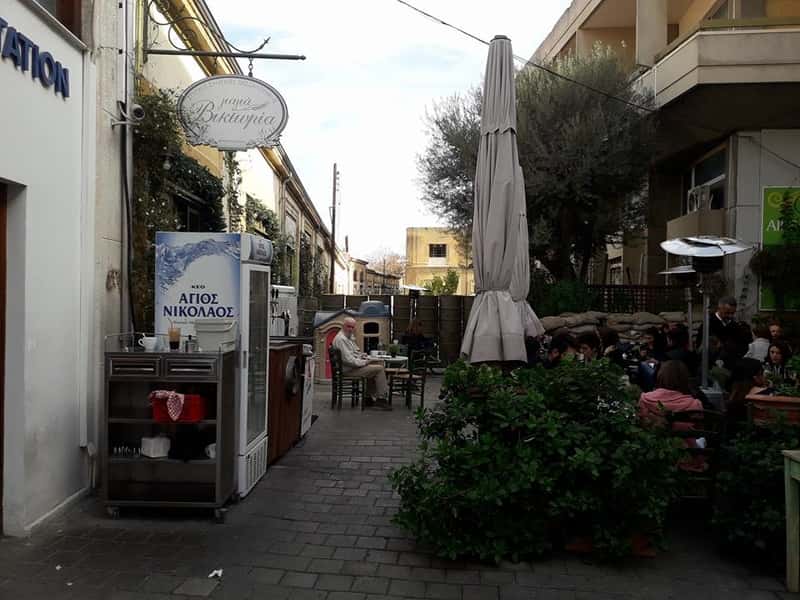 Ledras Coffee Shop on the Border

The narration of the Story (Cyprus-Turkey War, 1974)

«I finished my army in services as a second lieutenant in 1971 and I was working in the bank in Makariou Avenue in Nicosia.

It was 15 July 1974 when we heard some shootings nearby. The coup started, as they wanted to drop Makarios from the Presidency.

We are not going to get into political details and try to assign responsibilities to people or groups of people, as this is not in our scope.

I had a small motorbike, which I used to go home together with a colleague.

On our way home some soldiers with an armored vehicle stopped us and they asked us to return back.

We returned to the bank and we turned on the radio in order to hear what exactly was going on.

One hour they announced that he had a short time frame to move and go where we need to go. So we left the Bank and we went to our homes. 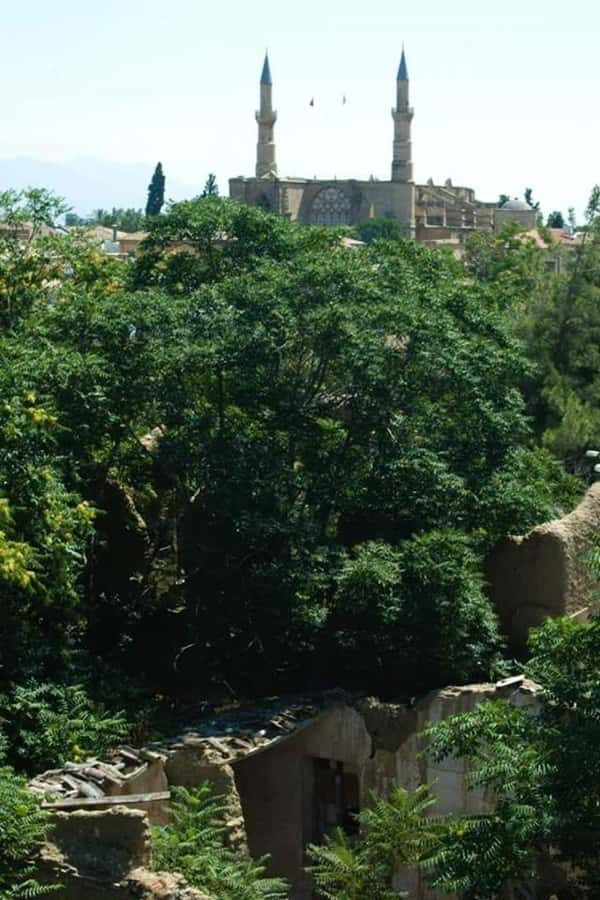 There, we used the radio to hear about any news. An announcement was saying that all the reserve officers should call at their Reserve Offices Club immediately in uniform.

So I did what they say and went to the club.

There, they gave us weapons (rifles of the Second World War), and early in the morning we were loaded on military vehicles and we started to go to Paphos to help with the coup.

After an eighteen hours "tour" on the Troodos Mountains, we arrived at Paphos.

In the meanwhile, everything was finished there. In the early morning, we started a new "tour" through Limassol this time to return back.

This time they drove us to a camp called 11th Regular Complex above the camp of the Greek force of Cyprus (EL.DY.K.).

They kept us there "imprisoned until the Turkish Invasion begins.

Early morning on Saturday 20th of July, the invasion begins and transfer planes make parachutists and bombers hit the camp of EL.DY.K.

We were much closed to this situation and watched everything.

They decided to move us from there immediately as we were a very easy task for the bombers. We started quickly-quickly to leave. 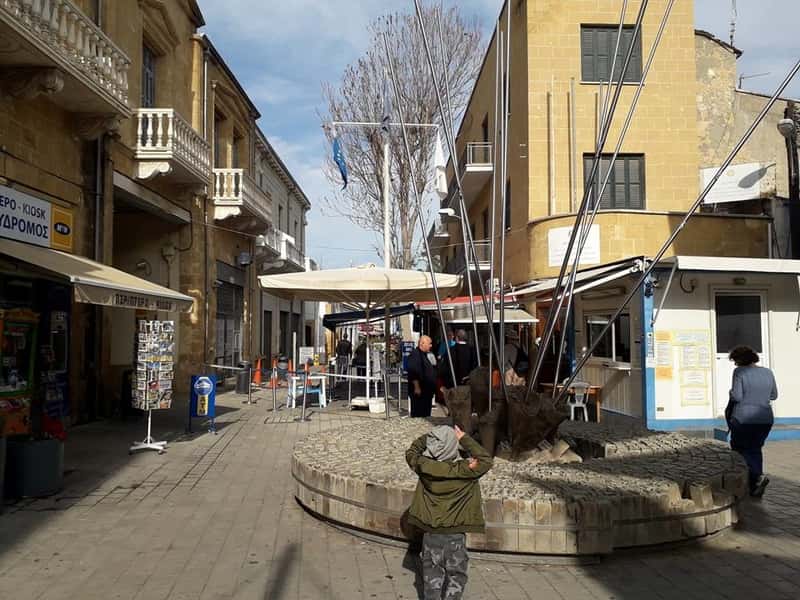 We passed the military force of the Greek Force of Cyprus, which after its bombardment with napalm bombs had turned into hell.

Buildings, cars, crawlers, and even soil was burning.

We crossed the deserted Nicosia without knowing where we were going.

We arrived in the area of the General Staff of the National Guard and stunned the perimeter of the building, while a swarm of Turkish airplanes dived over the building.

Luckily they did not crowd or drop bombs. But we had instructions not to shoot even a shot.

Of course, there was no one in the building. The Staff was gone from there and moved to the diaspora.

After quite some time it was decided to move north towards the green line to strengthen Nicosia's protection points.

We headed to the Ledra Palace hotel area to strengthen the area.

The area was vital because it was adjacent to the House of Representatives Building, the city's only hospital, the central telephony facility, and the central police station.

Finally, behind the Ledra Palace - Trimeles

My platoon consisting of ten people, all of the second lieutenants, we have built the outpost named Timeless.

There, we immediately went into action because apart from the fact that the Turkish invasion was continuing, the exchange of fireworks began with various weapons and munitions.

Fortunately, we kept the area of Ledra Palace except for the hotel that we delivered to the United Nations.

We had some losses in other outposts in the area, but our team was only six slightly injured.

We cannot say that we were heroes, but our duty to our betrayed Homeland we did!»

This is the end of the Story!

I hope you find it interesting!

Where to stay in Nicosia?

First of all, you can stay in a friend's Hostel which is the only Hostel at this time in Nicosia.

In the case, you visit, send Regards from Thanasis to Costas. We were in the army together and I am sure he can take you for some great tours.

One of the Hotels located in Tseri, a village outside Nicosia, and the name is Costas Hostel Action 2.

Number 1 was in Tseri, but is a bit outside of the city and hard in communication. 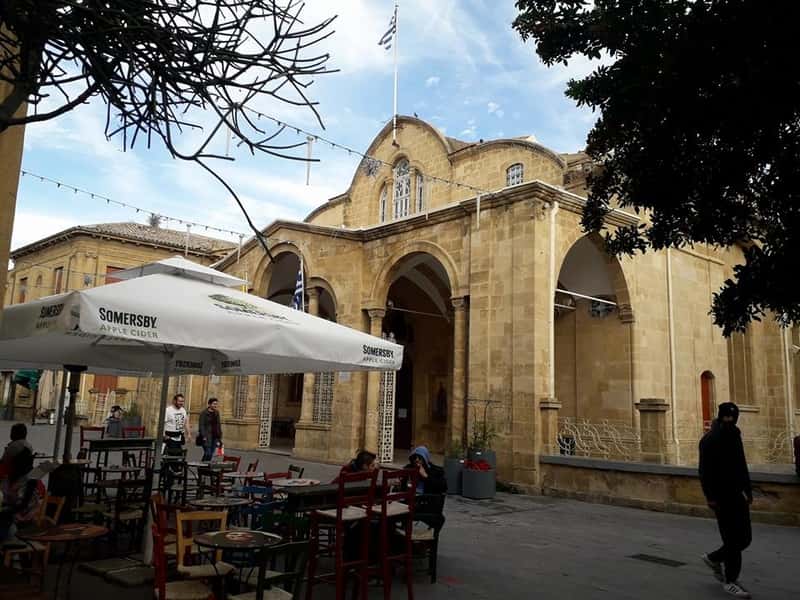 A few more good suggestions, very close to Ledra's that is the best location in order to walk the green line and see the problem.

Also, the best location for having fun and shopping, as it is the busiest area of Nicosia with a lot of bars, clubs, cafeterias, restaurants, museums and most of the must-see in Nicosia.

Below are Top places to stay in Nicosia.

The first is the G.R City Heart, then Kipros Accommodation. and finally The 3 Rooms Boutique Hotel.

All those places have great reviews and they are located in the best area of Nicosia.

Finally, in case you prefer something, take a look at the map below and find your budget hotel in Nicosia.

Check out Our VIP Transfers in Cyprus

READ: How is the Weather in Cyprus & The Best Beaches