Czestochowa is a city in southern Poland. Located on the Warta River with 322 only inhabitants as of June 2018. The monastery is the home of the Black Madonna painting, a shrine to the Virgin Mary that is credited with many miracles.

Czestochowa & the Monastery of Jasna Góra

The Spiritual Capital of Poland

Religion READ: The Church of Peace in Swidnica

Get a comfortable transfer from your hotel in Krakow. Stop at Czestochowa along the way for a 2-Hours Guided Tour + Small Break.

Finally, arrive at your Hotel in Warsaw. The route is around 360 KM.

Please note that Guided Tours in Czestochowa are taking place.

Please be informed that with too many pilgrims and on major holidays, the guided tours can be difficult or limited.

Due to the sacred character of the places the pilgrims should be in suitable clothes and behave appropriately in Jasna Gora.

The tour in Czestochowa includes

The Guided tour to Czestochowa can be excluded. In this case, the price for the Group will be €350 and you can stay in Czestochowa for 3 hours.

Only Transport: Krakow Hotel - Warsaw Hotel (Group 1-5 people) without a stop to Czestochowa: €250.

Czestochowa and Black Madonna from Warsaw

For a convenient Tour to Czestochowa, Jasna Góra Monastery, and Black Madonna from Warsaw the price starts from €60 per person (8 people).

Contact me for more information and How to Book.

The four-foot-high painting of Black Madonna displays a traditional composition well known in the icons of Eastern Christians.

The Virgin Mary is shown as the "Hodegetria" ("One Who Shows the Way").

In it the Virgin directs attention away from herself, gesturing with her right hand toward Jesus as the source of salvation.

In turn, the child extends his right hand toward the viewer in blessing while holding a book of gospels in his left hand.

The icon is credited with many miracles, including saving the monastery from an invasion by the Swedes in the 17th century.

According to tradition, the icon of Jasna Góra was painted by Luke the Evangelist on a tabletop built by Jesus Christ.

The icon was discovered by St. Helen, mother of Emperor Constantine and collector of Christian relics in the Holy Land.

The icon was then enshrined in the imperial city of Constantinoupolis and remained for the next 500 years.

In 1430, Hussites (pre-Reformation reformers) attacked the monastery, slashed the Virgin's face with a sword, and left it desecrated in a puddle of blood and mud.

It is said that when the monks pulled the icon from the mud, a miraculous fountain appeared, which they used to clean the painting.

The icon was repainted in Krakow, but both the arrow mark and the gashes from the sword were left and remain clearly visible today.

In 1655, The miracle for which the Black Madonna of Czestochowa is most famous occurred when Swedish troops were about to invade Czestochowa.

A group of Polish soldiers prayed fervently before the icon for deliverance, and the enemy retreated.

On September 15, 1920, the Virgin again came to the aid of her people, when the Soviet Russian Red Army gathered on the banks of the Vistula River, preparing to attack Warsaw.

The citizens and soldiers fervently prayed to Our Lady of Czestochowa and on the Feast of Our Lady of Sorrows, she appeared in the clouds above Warsaw.

The Russians were defeated in a series of battles later dubbed the "Miracle at the Vistula." 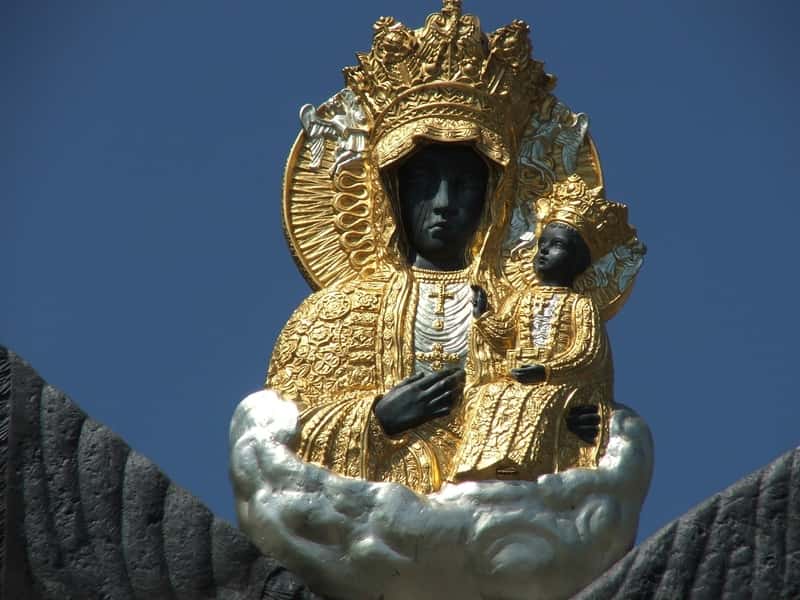 READ ALSO: XY Things to Do & Where to Eat in Krakow

Discover the two most-visited places of pilgrimage in southern Poland, Częstochowa, and Łagiewniki.

Follow the footsteps of millions of pilgrims who come to pray at these sites every year in this 8 hours tour from Krakow. 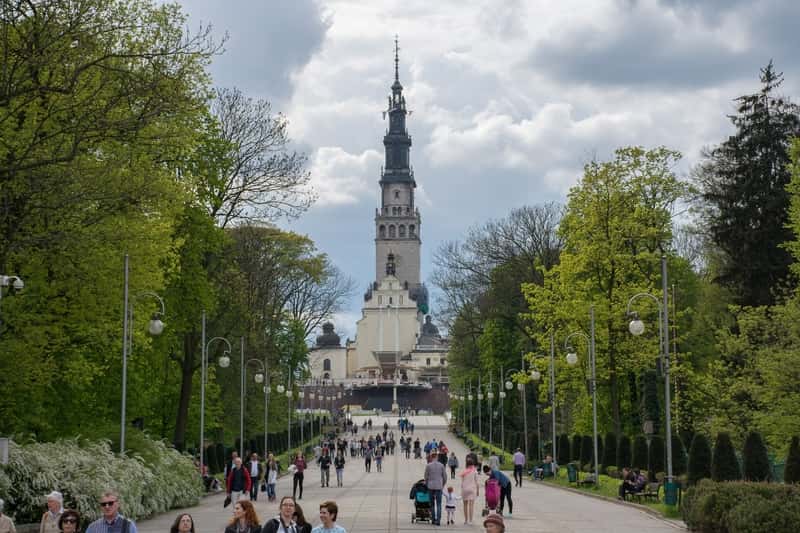 Religion-Related: The Church of Peace in Swidnica & Jawor