Discover the beauty of Poland in selected pictures. Amazing cities with awesome architecture and cut breathing landscapes. Discover beautiful Poland in the lens of a camera.

Enjoy a great selection of Pictures of Poland!

Green, lakes, and rivers cover a huge ground in Poland!

Travel cost is relatively low compared to the rest of Europe

READ: How to Organize a DIY Trip to the Best of Poland

Book an All-Inclusive Tour Around Poland

More and more tourists visit Poland the recent years. Why?

You will find a part of the answer in the beautiful pictures of Poland below. But there is much more than that.

After living in Poland for more than 4 years, I realize that Poland is beautiful in so many ways.

It's not only the landscapes and beautiful cities that you are going to see in the pictures of Poland below.

The atmosphere and the people are warmer. There is a very interesting history behind every attraction. World war II marked Poland very deep.

Many places destroyed during the second world war, but everything was rebuild from the ashes.

The people worked hard to recover and they finally created something amazing.

They turned all the death camps into historical protected places and people can visit them for free.

Yes, it is free to visit most of the places, you only pay for guiding.

Certainly, you cannot see Poland in just one visit. There are many different places and the pictures of Poland below are just a very small sample.

Have you ever visited the Polish seaside, it is so amazing although the water is very cold.

I forgot to mention the countless delicious dishes available in restaurants with very good prices.

Some of the famous Polish dishes you should are Rosół soup, Bigos, Pierogi, Gołąbki, Łazanki, Zurek soup and much more.

Portions are often large as well, so you won’t be hungry. You can live a good high quality of life in Poland with not much money.

Are you interested in Warsaw, then find out all the truth about Warsaw, my city?

You can also find a good variety of local beers and craft beers at reasonable prices as well. Stay in 5* hotels because you can afford them in Poland.

Polish vodka is just as good as the Russian one or even better. It’s also very cheap compared to other countries in Europe.

Finally, the people here in most of the cases are warm and easy to talk to. They always say "Hi" and "Bye" even if you don't know them.

Polish girls are known to be beautiful and clever. But the most important and compared to other places in the world, they are easy to talk to and not snobbish. 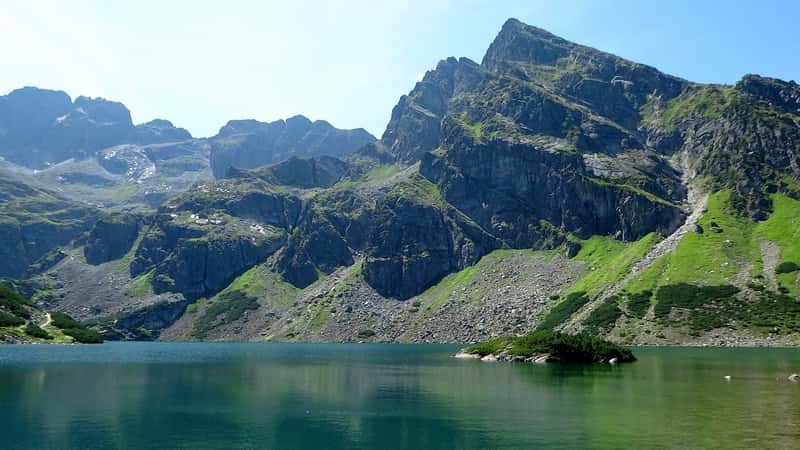 The Tatra Mountains, known as the 'Polish Alps, is Poland's Ultimate Mountain Resort. There are so many you can do in the Tatra mountains.

Hiking trails from Zakopane during the summer or ski during the winter. Enjoy the beautiful landscapes, colors, and smells of the Spring.

Explore the traditional wooden houses and meet the warm people of the area.

If the people cannot make you warm enough, then take a glass of hot wine (vino grzane).

Another nice product to try is the famous grilled cheese with marmalade. You can find it on the street. 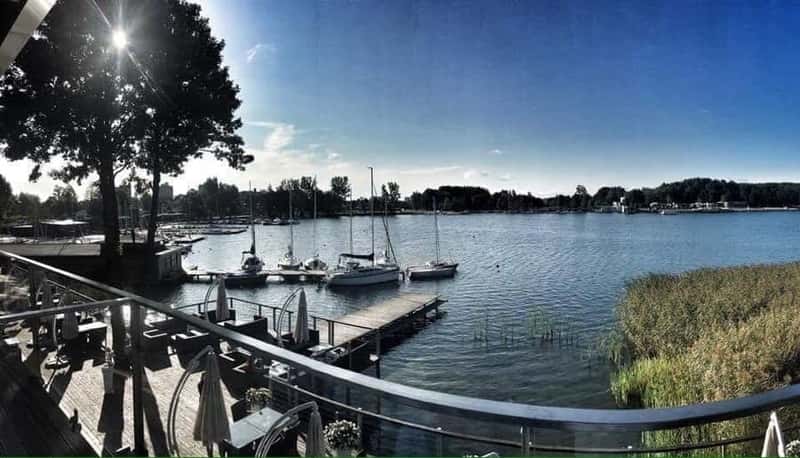 UKIEL is the biggest lake in Olsztyn. There are many nice attractions during the summer to spend the day with kids around the lake.

You can rent bikes and go around exploring the surroundings, lay on the beach or rent a water bicycle, and have some fun.

The picture was taken from the balcony of the amazing Tiffi Boutique Hotel in Olsztyn, my favorite hotel.

This hotel is located in a picturesque area of ​​Olsztyn Lake land. Recommended for short vacation and weekend escapes.

READ: How to Visit Wolf's Lair from Warsaw (close to Olsztyn) 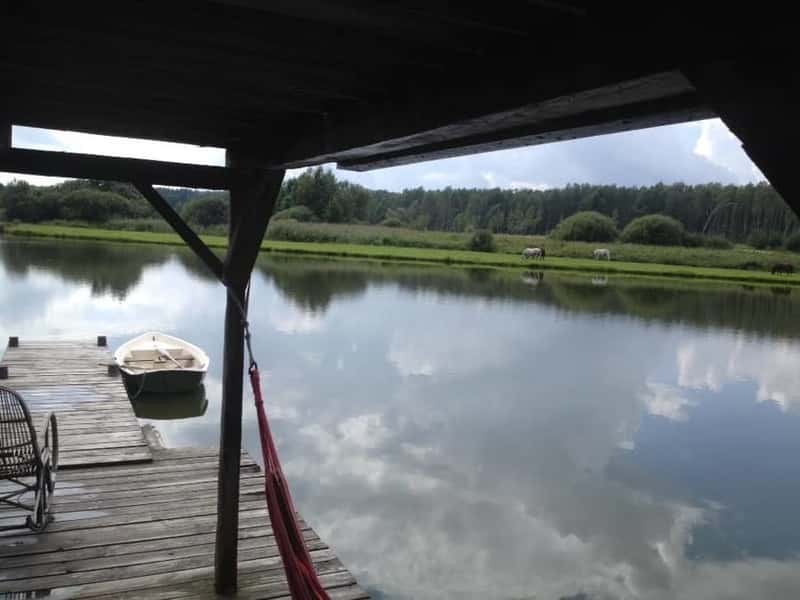 A farm just outside Warsaw in the village which is named Ojranów.

It is a very unique place where you can spend half a day, a whole weekend, or a short vacation.

The farm is located in the beautiful Młochowskie forests just 30 km from Warsaw.

See How To: Visit Zagroda Ojrzanów, the Polish Traditional Farm 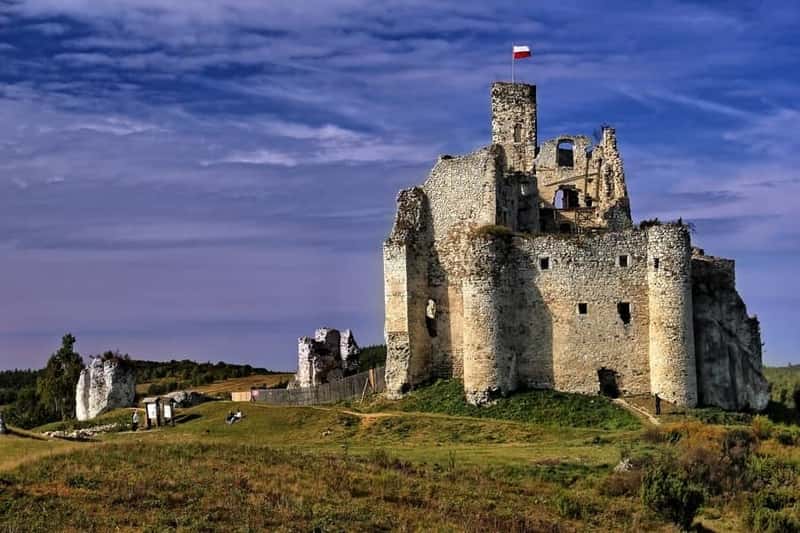 Do you like old castles and ruins? Maybe you can visit Mirów castle.

If you are a fan of castles, then you can find a lot to see in the Poland area.

The Mirów Castle is one of the most beautiful monuments on the Trail of Eagles' Nests.

A monumental castle building lies on a hill. Despite the many years of being in ruins, it is still fairly impressive.

Mirowska fortress is one of the oldest  bulwark in the Krakow-Częstochowa upland.

READ: Travel Info / Top to See and Where to Eat in Krakow 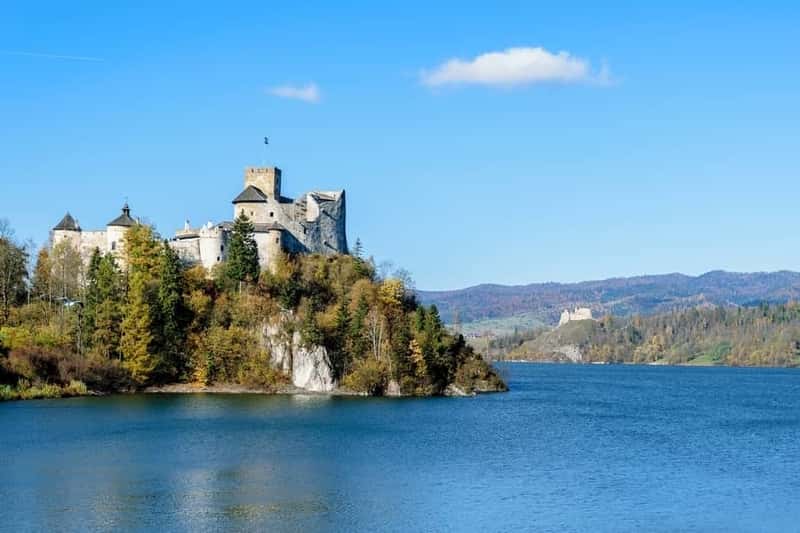 The castle was an important center of Polish-Hungarian relations since the 14th century.

It was a place where the money lent by the Polish king to the Hungarian king Sigismund had to be returned following an agreement signed in 1412.

Although in large part only ruins remain of what used to be the Gothic castle in Niedzica.

Its dungeons and a number of rooms survived, as have some of the paintings.

Including the Crucifixion that once adorned the chapel — and furnishings which are not entirely as they were in the 1930s. 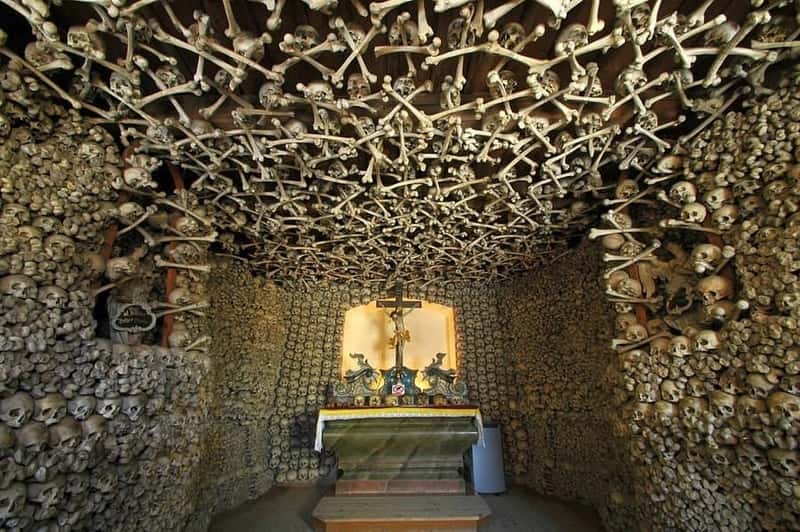 Chapel of Skulls - a sacred monument located in Kudowa-Zdrój, in the Czermna district.

The chapel is located approx. 1 km from the center of Kudowa, in the valley of the Czermnica river.

The chapel was built in the years 1776-1804 by priest Wacław Tomaszek, from the Czech Republic.

One day in 1776, in the embankment near the belfry near the church, Father Tomaszek noticed human skulls and bones.

He called the gravedigger J. Langer and church J. Schmidt. Together, they began to dig the remains below the ground.

They did not expect that they would encounter such a large number of human bones.

The Cathedral of St. John the Baptist in Wrocław behind the river.

The cathedral was very badly damaged (about 70% of the building) during the Siege of Breslau and heavy bombing by the Red Army in the last days of World War II.

The initial reconstruction of the church lasted until 1951 when it was reconsecrated by Archbishop Stefan Wyszyński.

The cathedral holds the largest pipe organ in Poland, built-in 1913 by E.F. Walcker & Sons of Ludwigsburg.

Baden-Württemberg, Germany, for the Centennial Hall, formerly the largest organ in the world.

Travel with draisines in Bialowieza Forest can provide you an unforgettable experience. With a bit of luck, you can meet animals inhabiting the Forest.

You cannot look for pictures of Poland and at least not find a few from the Bialowieza forest. It is also a must-see in Poland.

Find all the necessary information on how to visit the Bielowieza forest. The visit is more convenient to be from Warsaw.

The most beautiful city in Poland, Torun. 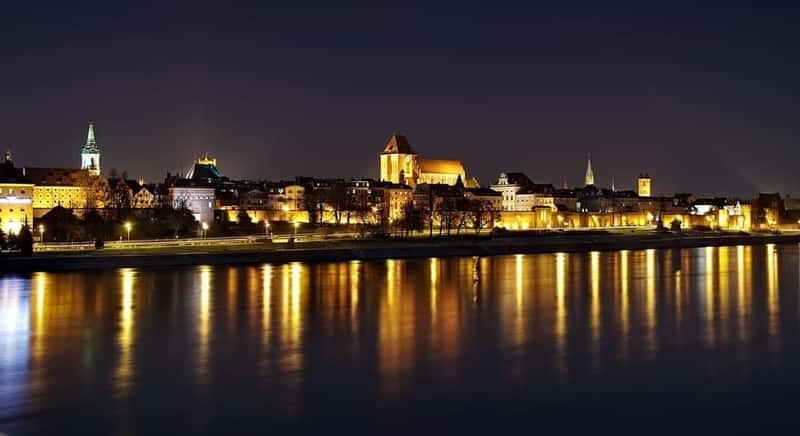 It is one of the oldest cities in Poland (obtained city rights in 1233). People say it is the most beautiful city of Poland.

Toruń was one of the richest and one of the four largest cities of the Kingdom of Poland back in the Polish-Lithuanian Commonwealth.

Finally, Torun is a UNESCO site in Poland and it the city where Nicolaus Copernicus born.

Lots of plus for Torun!

READ: How to visit Torun from Warsaw / Points of Interest.

The capital of Poland, Warsaw 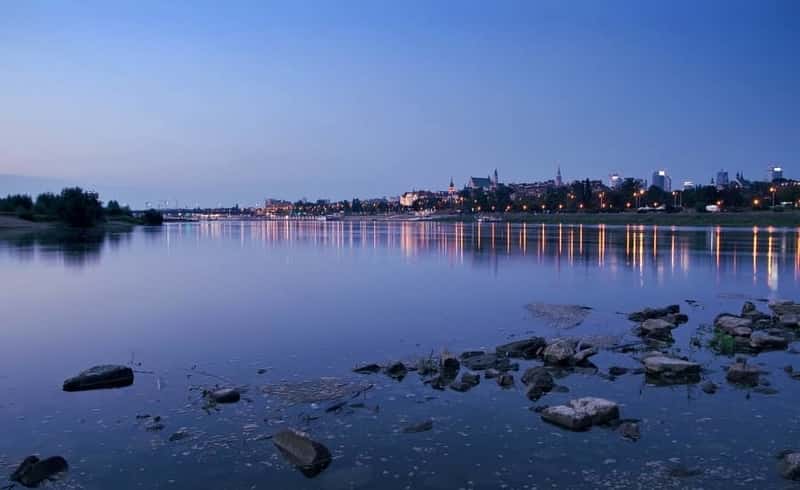 Warsaw is the capital of Poland and the biggest city. Its widely varied architecture reflects the city's long, turbulent history.

From Gothic churches and neoclassical palaces to Soviet-era blocks and modern skyscrapers.

Visit the old town that was completely destroyed and re-build from the ashes after the second world war!

READ: For Free in Warsaw 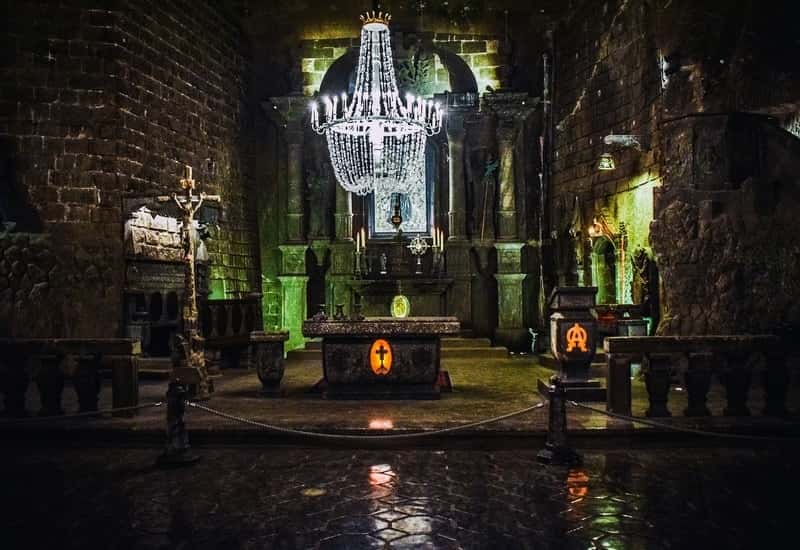 The Wieliczka Salt Mine, located in the town of Wieliczka in southern Poland. Lies in the Krakow metropolitan area.

One of the largest tourist attractions in Poland, but also a Health Resort, a museum, and a historic monument.

Registered on the UNESCO list in 1978 and visited by over a million tourists every year.

The most beautiful, the most impressive, the most wonderful. The glow of crystal chandeliers illuminates here on the intricately carved floor.

Breathtaking bas-reliefs and altars are proof of extraordinary artistry.

The Chapel of St. Kinga is the crown jewel of the “Wieliczka” Salt Mine and the miners' pride.

Information on how to visit Wieliczka Salt Mine from Warsaw.

Visit Wieliczka Salt Mine (in Greek) 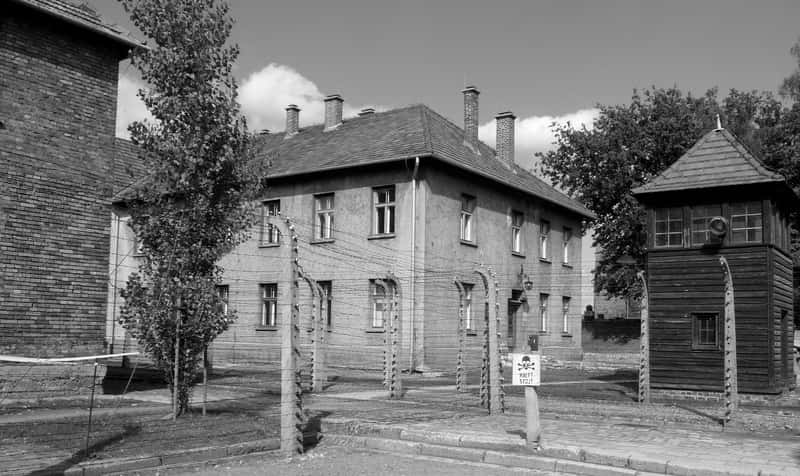 Auschwitz is a horrible place where over a million people out of different nationalities were killed by Nazi.

Auschwitz has become a primary symbol of the Holocaust. It was a network of concentration and extermination camps built and operated by the Third Reich.

It is proof of cruel terror and unimaginable genocide. Original fences, wooden watchtowers, and railway ramps have been preserved.

The collection of the museum contains original documents, suitcases, shoes, and other belongings of murdered prisoners.

Not Enough Time? Visit from Auschwitz & Wieliczka Salt Mine in One Day from Krakow

Dunajec River and the mountains - Rafting in Poland 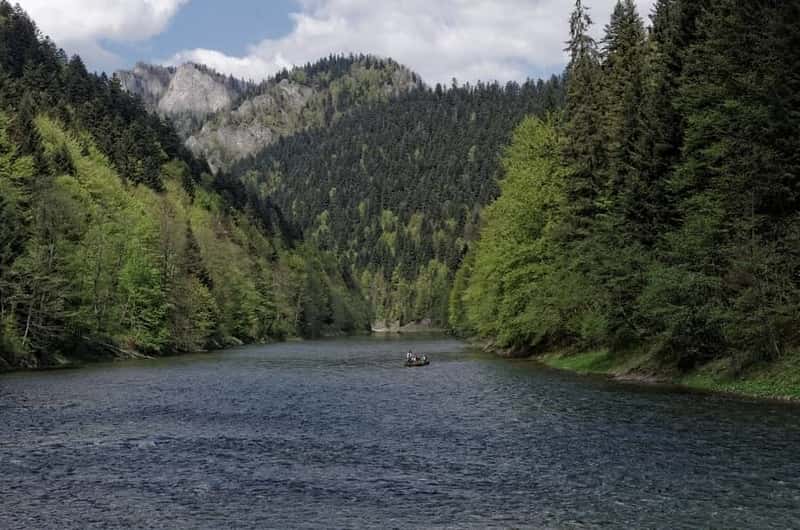 The Dunajec River Gorge runs through the Pieniny Mountains in the south of Poland.

The gorge is characterized by some of the most interesting geological and geomorphological structures.

The Dunajec is a river running through southern Poland. It is a right tributary of the Vistula River.

It begins in Nowy Targ at the junction of two short mountain rivers, Czarny Dunajec and Biały Dunajec.

Would you like to discover this amazing place in Poland? It is much better than in pictures.

Gdansk Motława during the night 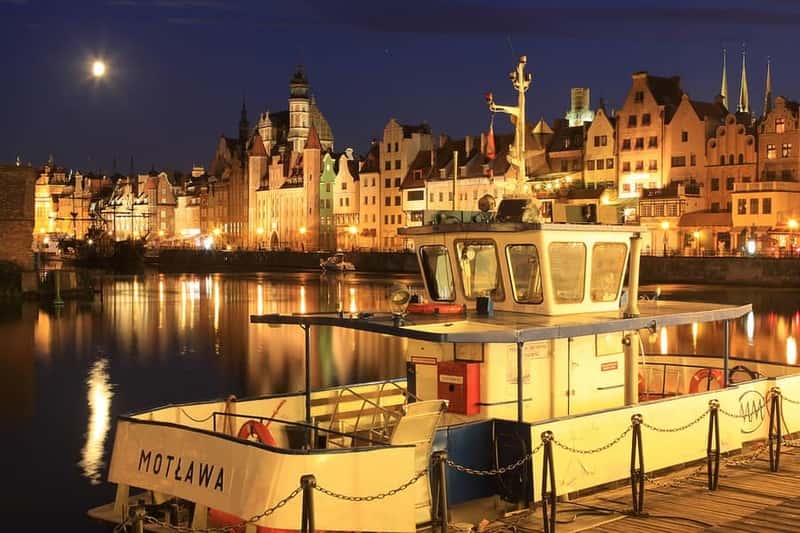 Motława flows through Gdańsk, where the seaport was located on Motława since the Middle Ages. Canoeing trips are organized on the river.

In Gdańsk, Motława initially runs between Przybrzeżna and Olszynka streets. Then it is artificially divided into three streams: Stara Motława, Nowa Motława and Opływ Motława.

Stara Motława flows past the Old Suburbs and the Main Town.

The lower course of the river in Gdańsk, from the Green Bridge to the mouth with the fragment of Nowa Motława below the Stągiewny Bridge, is part of the sea area of ​​the port of Gdańsk.

Time to Visit the Beautiful City of Gdansk? 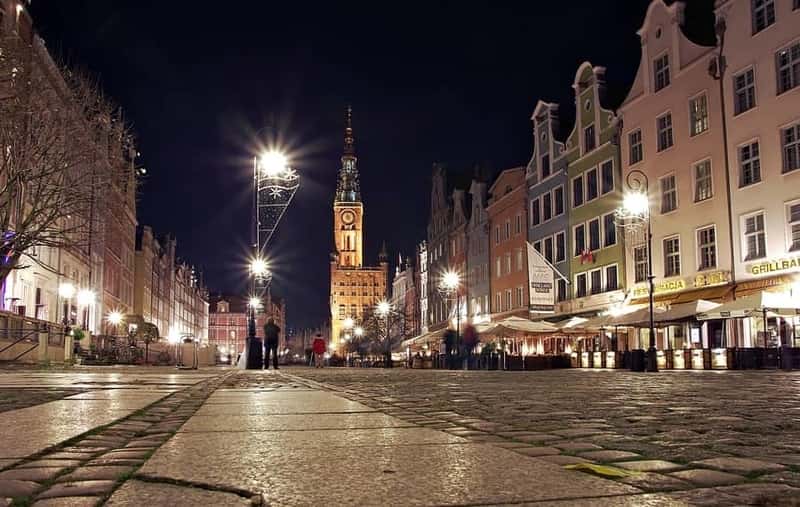 The Long Market in Gdańsk, Poland, is one of the most notable tourist attractions of the city.

One of the best 'old street' in the old town! Gdansk does not have a “Rynek” – or main square.

Instead, the town has been equipped with a wide pedestrian street, Dlugi Targ (the Long Market). 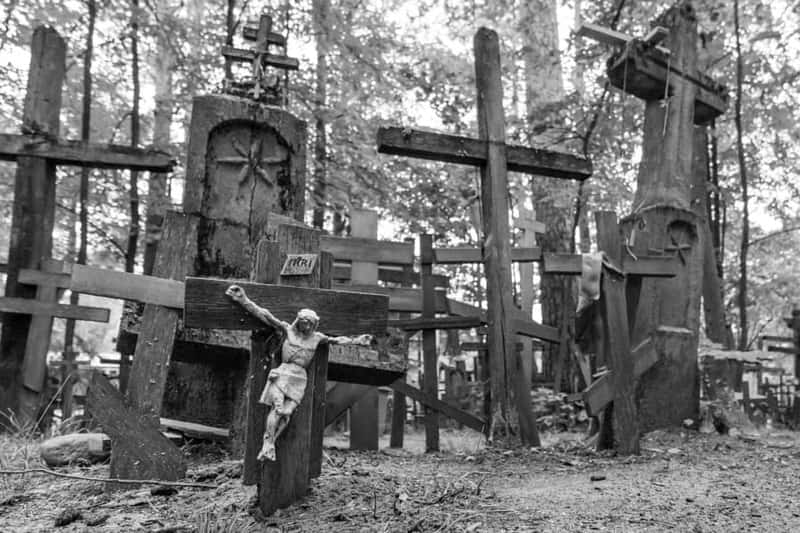 Grabarka was to be founded in the early 18th century as a Greek Catholic sanctuary.

In his opinion, information about the existence of the temple reaching the roots of the Middle Ages. 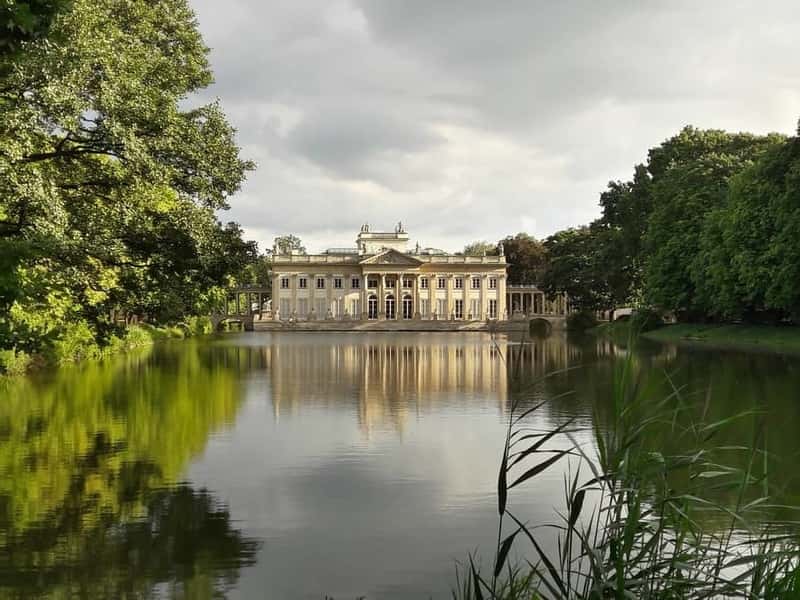 Łazienki Park is the largest park in Warsaw, Poland, occupying 76 hectares of the city center. It is also a historic park visited by the most tourists.

A must-see in the city of Warsaw, especially when combining the visit to be on Sunday.

Then, you can enjoy a Free Frederick Chopin concert in the park during the summer.

For more information about free concerts and museums: «Free things to do in Warsaw»! 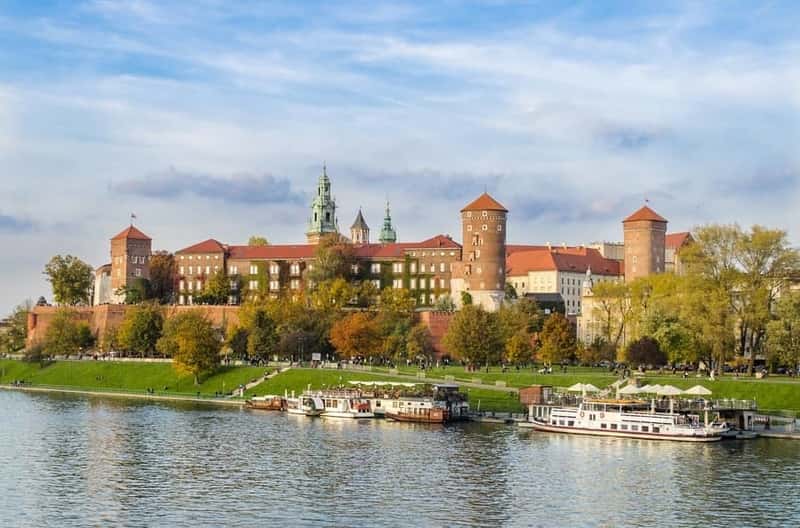 The Wawel Castle is a castle residency located in central Kraków, Poland. It is the pride of Krakow and also a widely visited tourist attraction.

Are you going to visit Krakow? 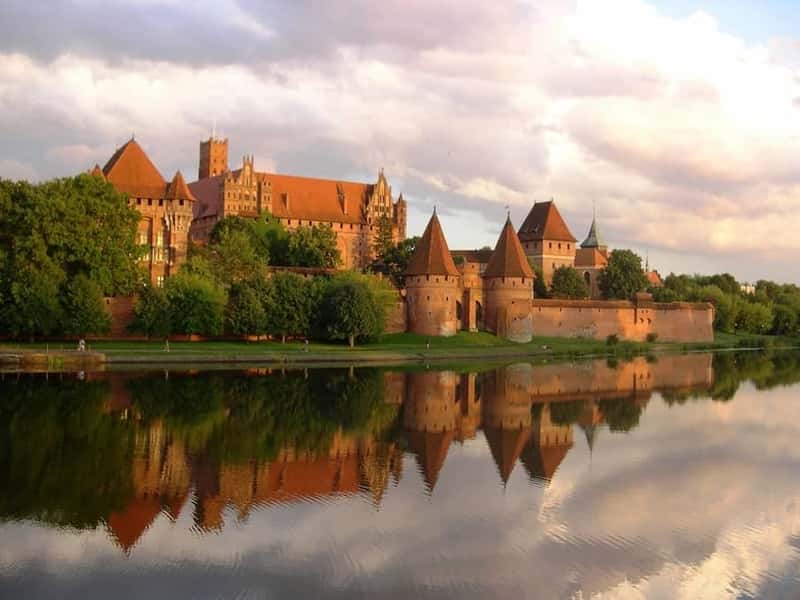 The Castle of the Teutonic Order in Malbork located in the Polish town of Malbork.

It is the largest castle in the world measured by land area and it made out of bricks.

Also a UNESCO world heritage site in Poland and a must-see attraction.

That was the last image in my collection pictures of Poland. I hope you enjoy it!

Find Out How to Visit the Famous Malbork Castle

This is the end of the journey «Pictures of Poland»

I hope you enjoy the magical landscapes